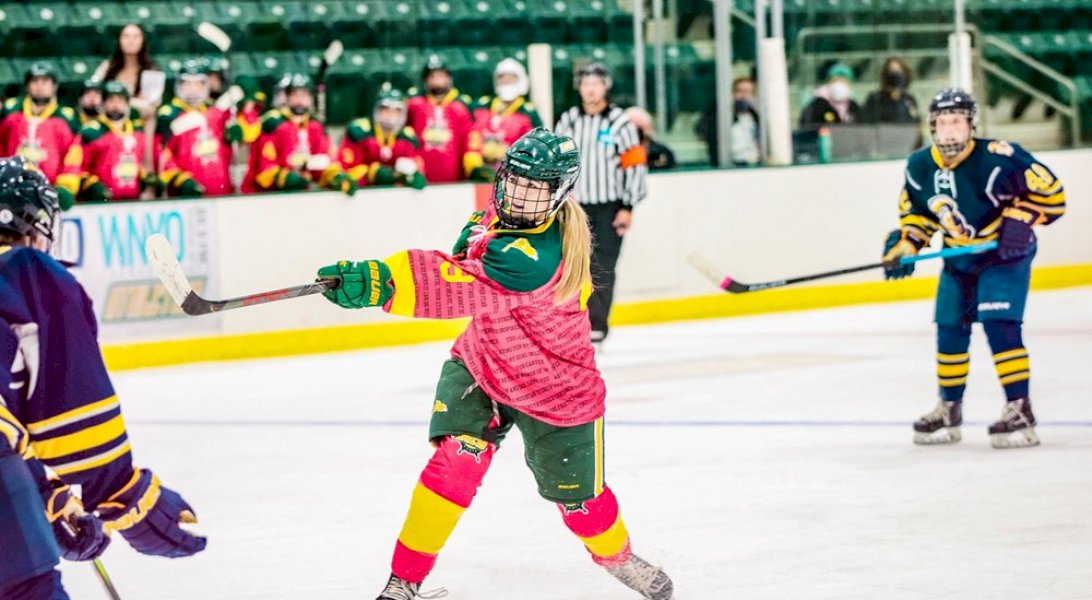 OSWEGO, N.Y. – The Oswego State women’s ice hockey team returns home for a pair of contests this week with a Saturday matchup with the Bengals of Buffalo State and on Sunday against the Bears of Potsdam also at 3:00PM in the Deborah F. Stanley Arena.

Both weekend games will feature a Coat/Hat/Mitten Drive in conjunction with the Department of Athletics. Fans are encouraged to bring any lightly used apparel to the game that will be donated to the Oswego City Schools Athletics Department for the Holidays.

The last time the Bengals and Lakers faced off was on February 15, 2020. This was at home in our own Deborah F. Stanley Arena. The Lakers found themselves victorious by a score of 3-2. Emily Gustafson scored the game-winner, assisted by Philomena Teggart and Kate Randazzo. This goal was a powerplay goal.

There has been no sight of Bears from Potsdam since our annual Pink the Rink game on February 1, 2020. This game resulted in a 3-3 OT tie.