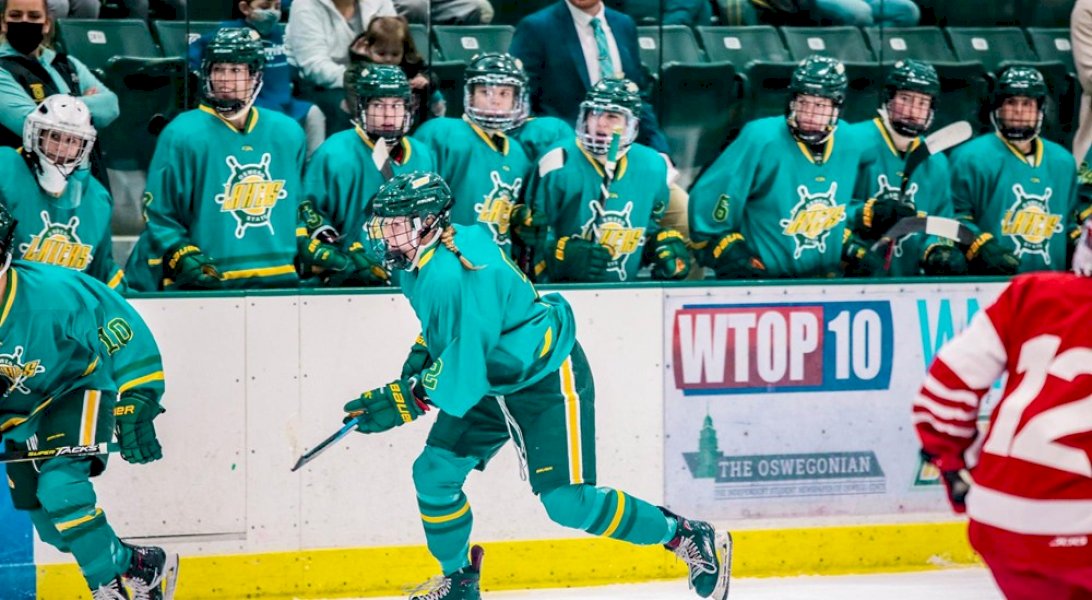 This week, Women’s Ice Hockey will feature their annual United Way Food and Toy Drive on Friday, Nov. 20 at 3:00P.M. against SUNY Potsdam, also for the first time since the 2019-20 season the Women’s Ice Hockey team will feature their Teddy Bear Toss . As last year, we featured a virtual Teddy Bear Toss, this tradition will continue for people that would like to donate to the cause that may not be able to make the game.

The Last time out against SUNY Potsdam the Lakers played to a 4-4 tie. The Bears got off to a 2-0 lead late in the first period. 20 seconds after Potsdam’s second goal,  Amanda Zenstein dumped one in on net and slipped it through the pads of the Bears goalkeeper. Chyne Kennedy blasted a shot over the right pad of the Potsdam keeper, tying the contest. After the Bears broke the tie in the second, Kyleigh Grugin at the 16:54 mark tied the game once again at three. The Bears broke the third tie of the contest at the 18:32 mark of the third period. Amanda Zenstein added her second goal of the contest, tying the game at four. The Lakers dominated the overtime stanza, but were unable to capitalize.