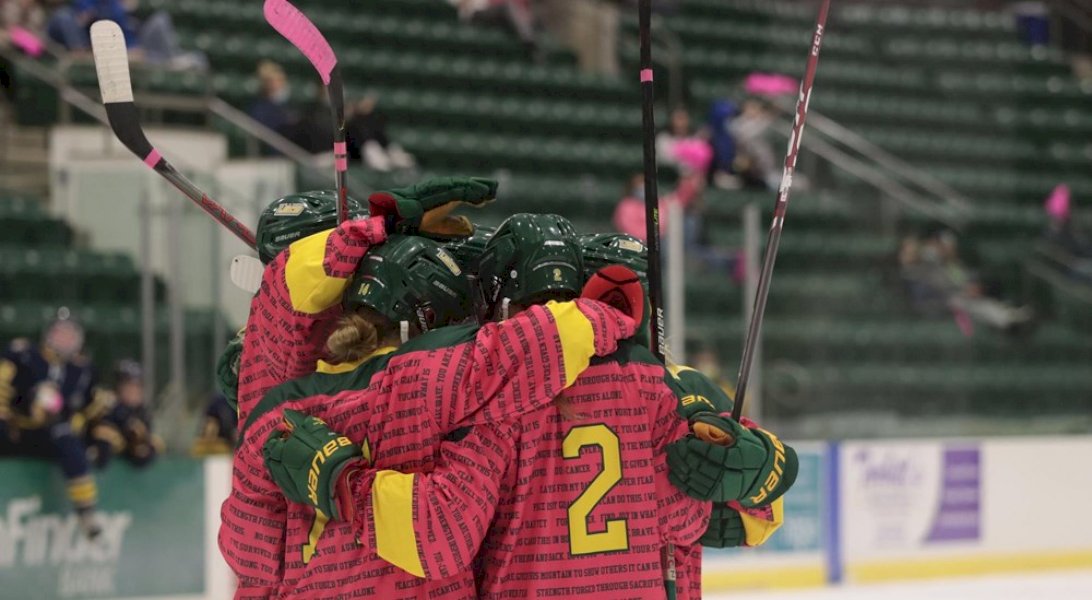 OSWEGO, N.Y. – The Oswego State Women’s Ice Hockey team finished their exhibition season with a 7-0 victory over the Neumann Knights. The Lakers have now scored 25 goals in their first two competitions.

The Lakers will travel to take on the Bulldogs of Adrian College on Friday October 29th for a puck drop set for 3:00PM.