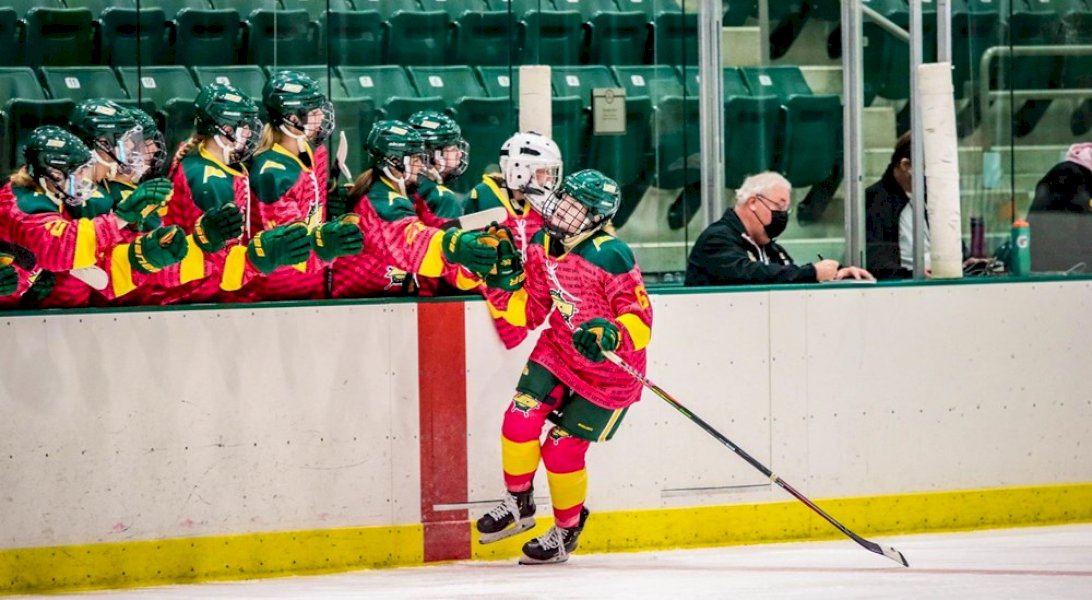 ANGOLA, IN – The Oswego State Women’s Ice Hockey team continued their winning streak in the Mid-West region with a victory over the Trine University Thunder 2-1.

The Lakers will travel back to Oswego as they are set to begin their NEWHL conference schedule against the Buffalo State Bengals at 3:00P.M. Saturday, November 6.