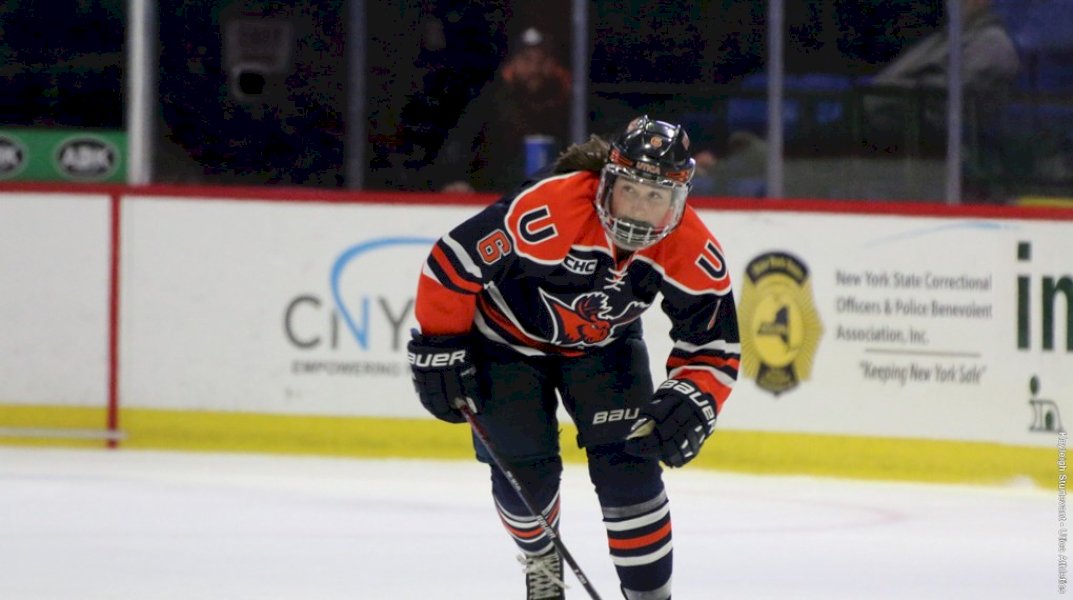 UTICA, NY – The Utica University women’s ice hockey team faced a much tougher challenge in their second game of the weekend against Arcadia, but the Pioneers still found a way to take the majority of the points. A 1-1 game progressed into a shootout, and the Pioneers picked up a 3-2 win in that shootout in 11 rounds at the Adirondack Bank Center at the Utica Memorial Auditorium.

The shootout win collects two UCHC standings points for Utica, with the Pioneers exiting the opening weekend of conference play with five points in total. Under NCAA rules, the game is recognized as a 1-1 tie, with the squad’s overall record standing at 1-0-1.

Arcadia falls to 0-1-1 overall after the second game of the weekend series.

The Pioneers held a 41-25 advantage in shots for the contest, and held Arcadia to 0-for-3 on the power play.

After dropping an 8-0 decision Friday, the Knights put the onus on the Pioneers to open Saturday’s game. Arcadia’s Berklee Hibbard gave the visitors the lead with the team’s first goal of the season at 9:03 of the first period.

The Pioneers offered their response in the second period when Hailey Modlin (Phoenix, AZ/Boston Shamrocks) netted her second goal of the year at 3:53 off assists by Hannah Keating (North Andover, MA/HPNA) and Holly Silva (Boston, MA/Worcester Academy).

Coates finished with 40 saves for the Knights, while Hawthorne recorded 24 for Utica.

The Pioneers are on the road next weekend to face King’s College in a UCHC twinbill. Friday’s game is set for 7 p.m. in Pittston, Pennsylvania.