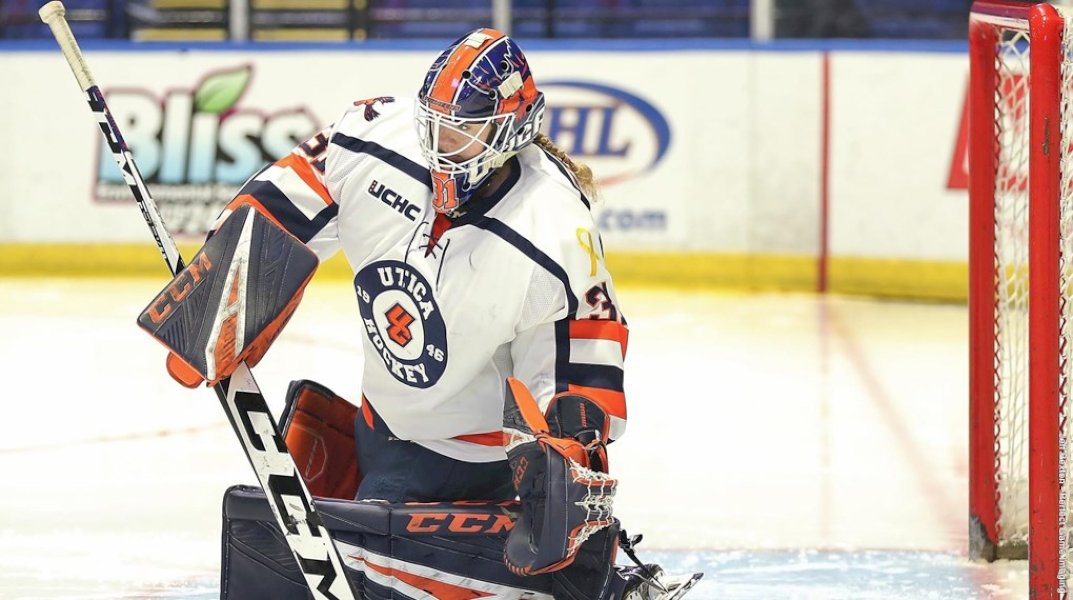 The Pioneers got on the board at 12:11 of the first when Georgiana Santullo (Woburn, MA/Boston Shamrocks/Woburn High School) netted her team-leading 14th goal of the season off an assist from Erica Sloan (Potsdam, NY/St. Lawrence Steel).  Madison Novotny (Wesley Chapel, FL/Northwood School) also picked up an assist on the powerplay tally.

The Pioneers doubled their lead at 4:25 of the second when Sloan found the back of the net for the fourth time on the weekend.  Santullo and Carly Stefanini (Framingham, MA/Brooks School) were credited with the helpers.  Utica capped off the scoring with 3:05 remaining in the second as Sirena Fitzery (Hamburg, NY/Buffalo Bisons) put in her first of the season off assists from Nicole Flak (Middleton, MA/Boston Shamrocks) and Abby Lillis (West Seneca, NY/Buffalo Bisons).

That was all Utica needed as the defense shut the door, picking up their fifth shutout in the last six games.  Savannah Gutierrez (Huntington Beach, CA/Anaheim Lady Ducks) made nine saves in the win to earn her first shutout of the season.  Olivia DeGuire meanwhile turned aside 34 shots in the loss.

The Pioneers (6-1, 6-0 UCHC) will have just over a week off before facing local rival Hamilton College on Sunday, Nov. 28.  Game time is scheduled for 3 p.m.