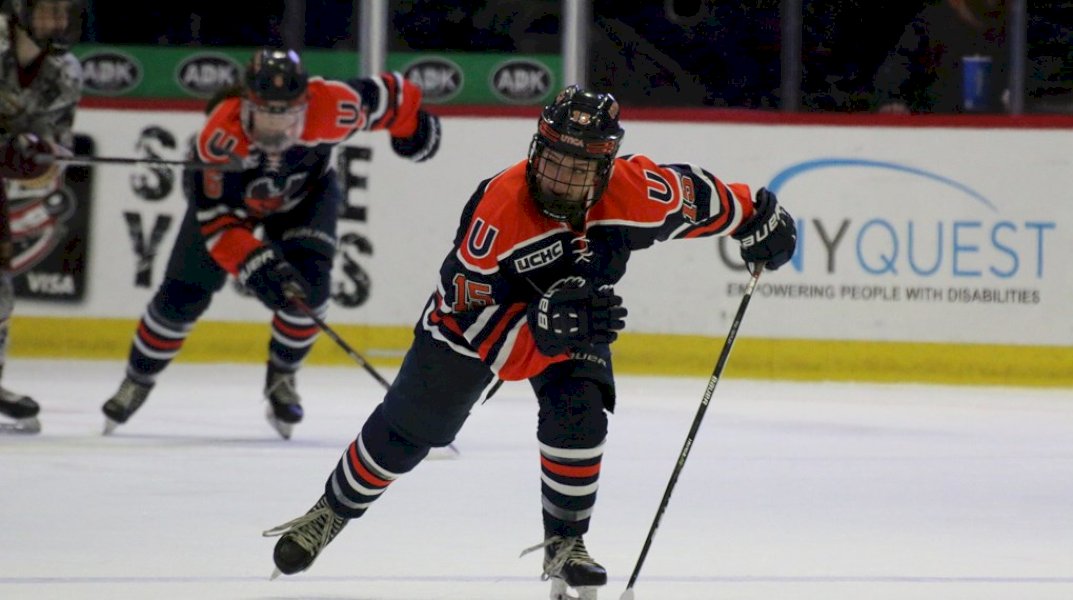 PINE VALLEY, NY – The Utica University women’s ice hockey team gave #4 Elmira all it could handle, but the home team found a way to get it done in the third period on Friday. With the game tied at two goals apiece, Elmira’s MK Boyle scored with 2:23 to go to lift the hosts to a 3-2 win over the visiting Pioneers at Elmira’s Murray Athletic Center.

Utica opens at 0-1 following the non-conference loss, while Elmira is 1-0.

The Pioneers got goals in the contest from Erica Sloan (Potsdam, NY/St. Lawrence Steel) and Hailey Modlin (Phoenix, AZ/Boston Shamrocks). Modlin won six of her ten draws over the course of the game to lead the blue and orange effort at the faceoff dots.  Kaci Ryder and Carly Stefanini (Framingham, MA/Brooks School) had assists, with Ryder scoring her first collegiate point in the matchup. Utica Goaltender Angela Hawthorne (Santa Clara, CA/Meijer) turned aside 38 shots in the loss.

The Soaring Eagles had a 41-18 edge in shots while also scoring the game’s lone power play goal on five opportunities. Utica was 0-for-6 with the power play in the contest. The Pioneers blocked a total of eleven Elmira shots in the game.

Elmira netted that power play goal to assume an early lead. With Utica defender Nicole Flak (Middleton, MA/Boston Shamrocks) tagged with a hooking minor, veteran skater Morgan Mordini cashed in with her first goal of the season at 3:47 to give the home team the edge.

The Pioneers tied the game up in efficient fashion at even strength. On Utica’s first credited shot on goal in the game, Modlin netted the equalizing goal at 7:34, with Ryder scooping up the assist. The Blue and Orange staked its claim on its lone lead of the hockey game before the first period was out. Stefanini set up Sloan for the go-ahead goal at 13:19, and the Pioneers led 2-1 heading into the first intermission despite being out-shot by a 10-3 margin.

Elmira used a 31-15 shots on goal advantage over the final 40 minutes to tie the game, and ultimately net the late winner. Claire Meeder netted the tying goal with just under ten seconds to go in the second period. The Pioneers did a tremendous job silencing the Elmira power play by killing off three third period penalties, but on the heels of those penalty kill situations, the Soaring Eagles found a game-winner off the tape of Boyle to walk away with the victory.

Utica opens conference play, and their 2022-23 home schedule on Friday, November 4th against Arcadia. The United Collegiate Hockey Conference matchup begins at 7 p.m. at the Adirondack Bank Center at the Utica Memorial Auditorium. 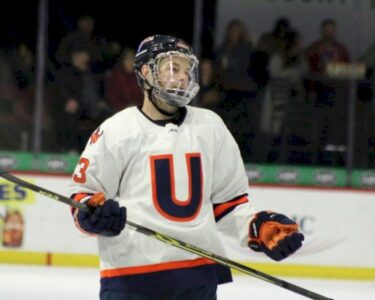 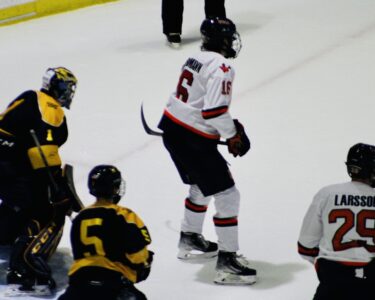 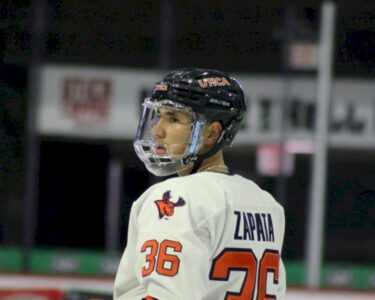 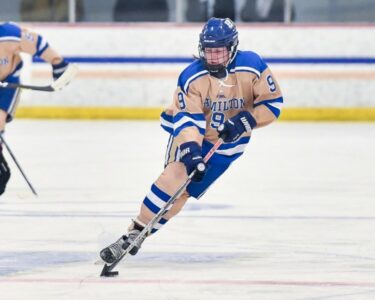