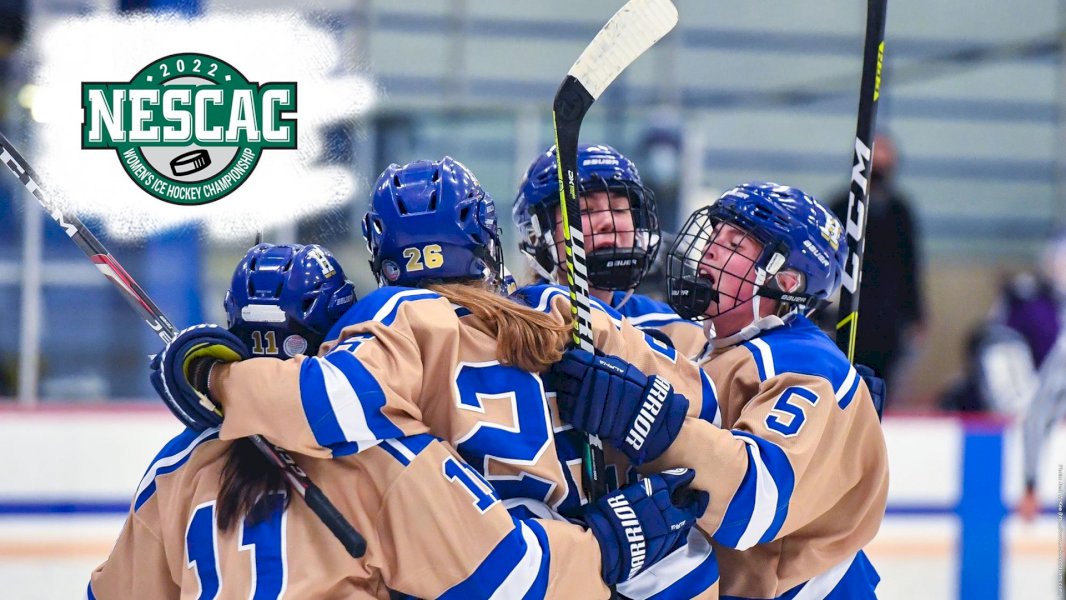 The winner advances to the final, which is also at Middlebury, on Sunday, March 6 at 2 p.m. Saturday’s other semifinal is between No. 3 seed Amherst College and No. 2 seed Colby College.

The Continentals have an overall record of 12-9-0 and are the No. 4 seed for this event with an 8-8 conference mark. Hamilton defeated Williams College 1-0 in a quarterfinal at Russell Sage Rink on February 26. The Continentals, who are led by all-NESCAC first team selections Nancy Loh ’23 and Abby Kuhns ’23, are seeking their first conference final appearance.

The nationally ranked No. 1 Panthers are 22-0-0 overall and are the No. 1 seed for the championship with a 15-0 NESCAC record. Middlebury swept the two-game season series against Hamilton at Kenyon Arena with a 2-1 win on Jan. 28 and a 5-1 triumph the next day.

Men’s hockey takes on Colby in NESCAC semifinals this Saturday