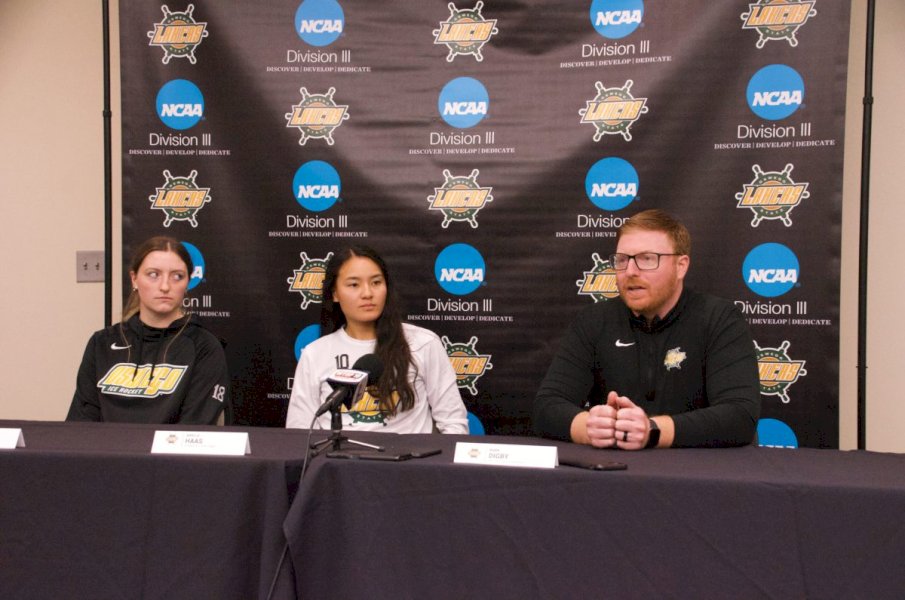 The Oswego State women’s hockey team starts their 27th season in program history this week. The group heads into another year in the Deborah F. Stanley Arena after a successful campaign under head coach Mark Digby.

Last year’s squad set a program record 13 conference wins during the regular season. Despite losing in the semifinals of the Northeast Women’s Hockey league, Digby has faith in his abundance of leadership this year.

“It has been interesting working through the summer without captains yet,” Digby said. “It has not allowed any of the upperclassmen to not take ownership in what is going on. It has been fun to watch some of the older players that were really in the shadows last year emerge as leaders for the team. The nine of them that we have right now have done a really good job at leading themselves and starting to take more ownership in the team.”

After losing key pieces, like captains Aislinn McAleer and Philomena Teggart, plenty of new faces have stepped into the shoes that needed to be filled. From creating summer workout plans to continuing the culture, there is an abundance of leadership surrounding Oswego State.

Senior defenseman Avery Webster returns for another season in the green and gold. The left-handed shot has 77 games played over the course of three seasons with the Lakers and is ready for the season ahead of her.

“I think we have a great group of girls this year,” Webster said. “Everyone is eager and excited. Getting on the ice with the coaches [this] week is huge. We have a lot of momentum coming into the season.”

Most of that momentum also comes from the recruiting class that the coaching staff was able to bring in ahead of the 2022-23 campaign. The group features three freshmen and three transfers coming from NCAA Div.I and Div.III programs from across the country.

Digby touched on how important this group will be this season along with the process that took place in securing these individuals.

“It says a lot about what our players are reinforcing here,” Digby said. “The culture starts with [the coaching staff] trying to instill the right mentality and work ethic. But the players really drive that. You look at the three transfers we have. Yes, the recruiting class started with me. But the decision for them to join us was made by talking with our players.”

Kensie Malone, Megan Gates and Lexi Levy will join the Lakers after previous experience at the collegiate level. Malone played for Augsburg University and Gates spent time with the Sacred Heart University program. Both were forwards with their respective teams.

Levy joins the goaltending trio the Lakers bring into the season. The Post University product played in seven games last season for the Eagles and posted a 4.38 goals against average and a .902 save percentage.

Digby spoke about the type of individuals these three are that led to the decision to bring them into the program.

“They are impact players that could have helped the programs that they were at who choose to come and be a part of what we are doing here,” Digby said. “I think it says a lot about why our players approach everything we do.”

Zoe Leas, Kaylen Taddia and Rheya Zemlak are the three freshmen that round out the recruiting class for this season, and each have experience in junior and travel programs across North America.

Kyleigh Grugin returns for her third season with the Oswego State squad. The forward from Knoxville, Tennessee talked about the tightness of the new Lakers team after the recruiting class joined the returning players.

“The chemistry on the team is, I think, a little bit better than last year,” Grugin said. “We seem to get along better on and off the ice. We seem like a family which is nice so far.”

The Lakers kick off their year with two exhibition games, the first against the London Junior Devilettes. The OWHL juniors’ team will be returning to Oswego for the first time since the 2019-20 season. The Devilettes defeated the Lakers 4-0 in the first game that Digby was on the bench for the women’s hockey team.

“I am looking forward to seeing how much work we have put in during the offseason,” Grugin said. “We have all done a lot of work and I am excited to see how it plays out.”