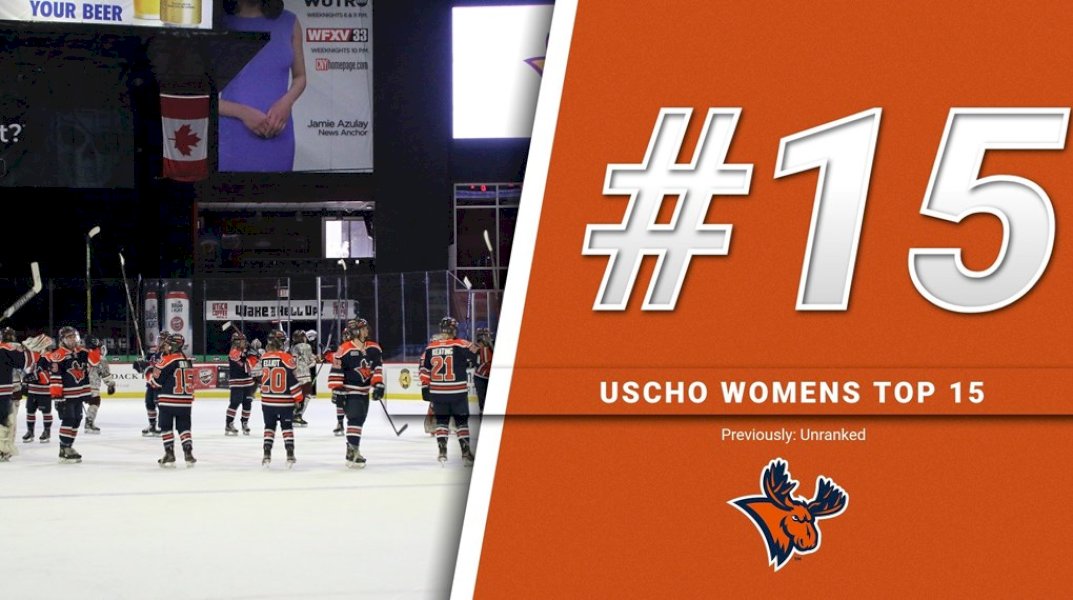 UTICA, NY – The Utica University women’s ice hockey team made its move into the national polls this week. The Pioneers jumped up to grab the #15 spot in this week’s US College Hockey Online Women’s Top 15. The poll was released on Monday by the national college hockey website.

The Pioneers have a 5-1-1 overall record, and are unbeaten in their last six games. They have swept their last two conference opponents, King’s and Stevenson, by a combined score of 33-1 over four games. Utica’s resume’ also includes a close loss to nationally-ranked Elmira College, who is ranked fourth this week.

The Pioneers return to the ice on Tuesday, November 29th as they host Morrisville. That game will feature a 7 p.m. start at the Adirondack Bank Center at the Utica Memorial Auditorium.

Women’s hockey climbs to No. 13 in this week’s Division III poll