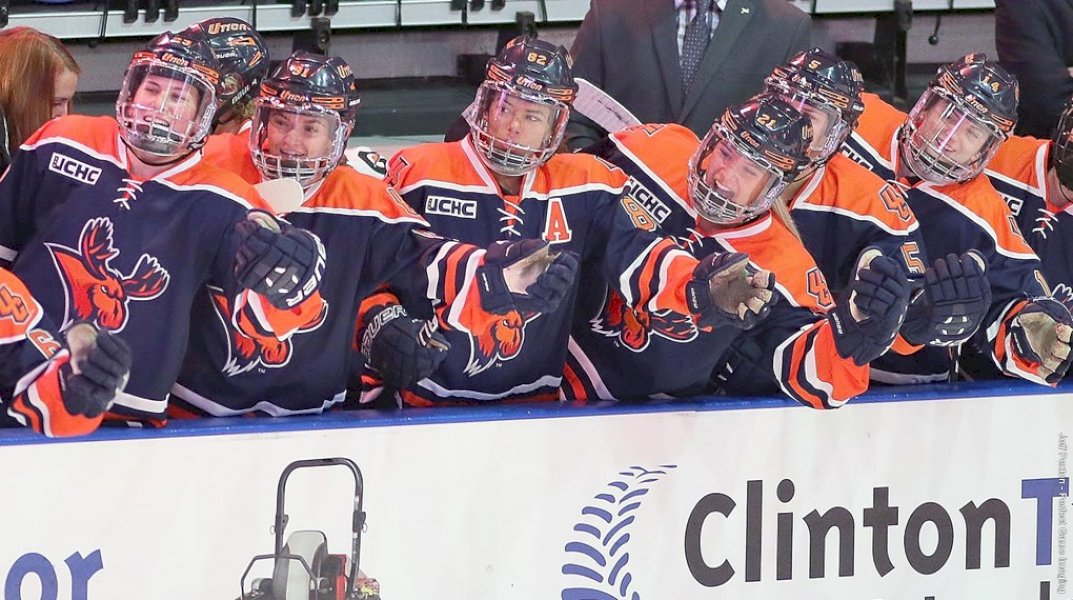 CALMAR, PA- The Utica College women’s hockey team earned its second straight 8-0 win over Arcadia University to pick up the first UCHC sweep of the season on Saturday.

Senior Georgiana Santullo (Woburn, MA/Boston Shamrocks/Woburn High School) built off her four-point performance from the night before with five points this time around.  Santullo recorded her second straight hat trick and added two assists in the win.

The Pioneers were an impressive 4-for-6 on the power play, while holding Arcadia scoreless on three chances with the man-advantage.