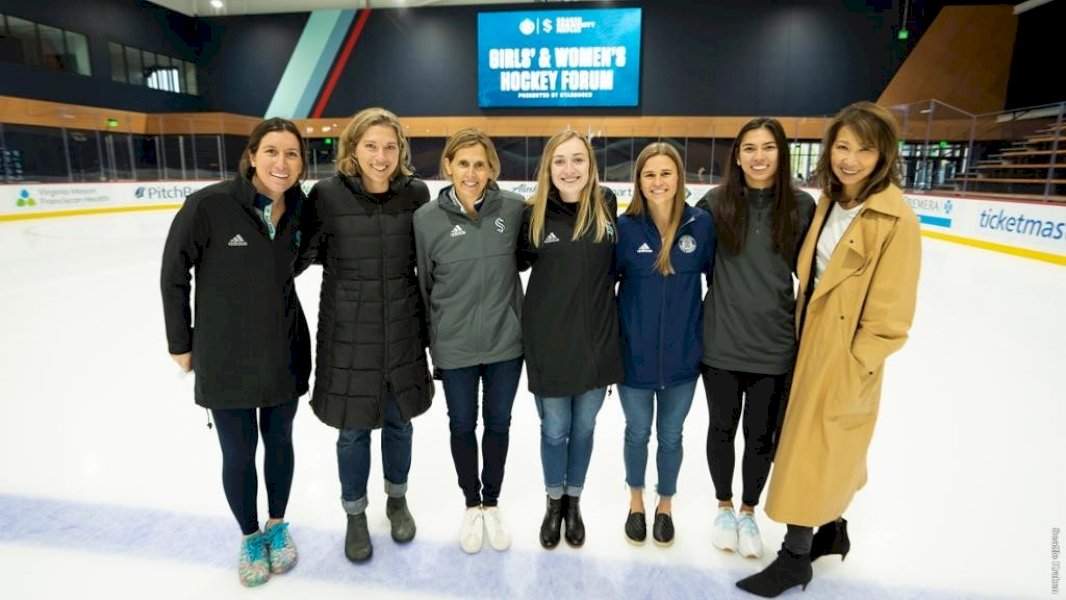 Katelyn Parker ’16, who serves as the Kraken Community Iceplex player development coach, organized the event which included putting together an all-female staff to help instruct the players.

The event featured on-ice instructional sessions for experienced girls as well as sessions for inexperienced ones who could try the sport for free. There was also a separate panel discussion for coaches and youth hockey leaders.

Parker was the Raiders’ captain during her junior and senior seasons and won the team’s sportsmanship award all four years of her career.

Click HERE to read the full story by Bob Condor of the Seattle Kraken.