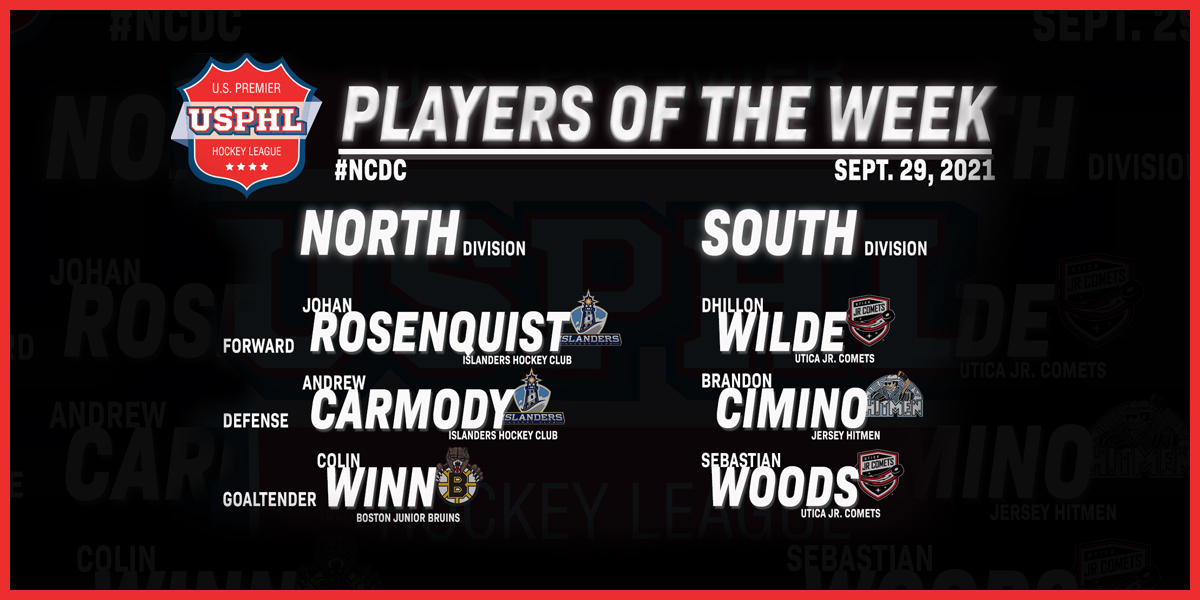 The United States Premier Hockey League announced their Players of the Week selections from the first weekend of NCDC action. Two Utica Jr. Comets players were among the six selections.

Dhillon Wilde was named South Division Player of the Week after scoring three goals and adding two assists in a weekend sweep of the Rockets Hockey Club. Wilde is a third-year NCDC veteran enjoying his second season with the Comets. He is currently tied for the NCDC scoring lead with teammate Owen Carlile.

South Division Player of the Week honors goes to Utica goaltender Sebastian Woods. Woods not only went 2-0 over the weekend, but he faced the more shots (74) than any other NCDC netminder with one or more win so far this season. He has a .919 save percentage which is fourth among goalies who have at least one appearance.