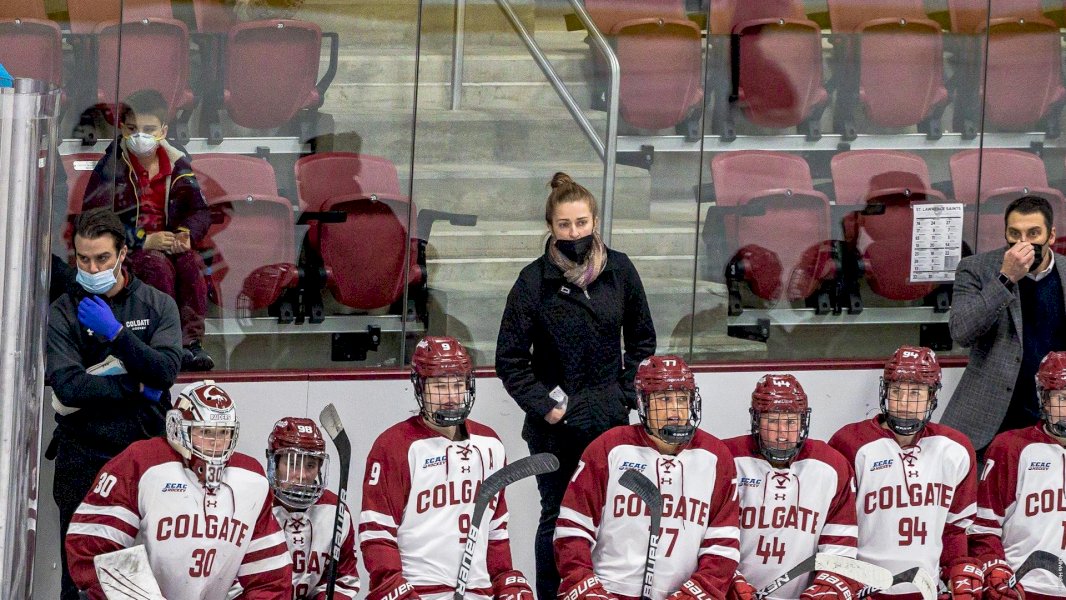 Walkland was originally named to the U18 coaching staff in May 2020. She would have joined the team for the World Championship this past January in Sweden, but the tournament was postponed and relocated due to COVID-19.

“I am thrilled for our group to have the opportunity to get together and compete for a World Championship,” Walkland said. “It has been a really special journey working with some of the top talent in the country alongside Head Coach Katie Lachapelle and the rest of our staff,” she added.

The Raiders’ assistant has also previously worked for USA Hockey as a camp coach.

Walkland arrived at Colgate in July 2019. Most recently, she helped guide the Raiders to their second consecutive ECAC Hockey Conference Championship and NCAA Tournament appearance. Colgate finished the season with a 30-8-1 record.

In 2020-21, the Raiders claimed the ECAC Regular Season Championship and their first Conference Championship in program history.

During her first season in Hamilton, Walkland helped lead Colgate to its fifth-straight winning season and the team earned the sixth seed in the ECAC Tournament.

The IIHF U18 Women’s World Championship is slated for June 6-13 in Madison, Wis. The U.S. will compete in Group A for the preliminary round going up against Canada, Finland, and Sweden.

Two Incoming Raiders to Compete at IIHF U18 World Championship