Utica Women Out Scored 8-0 Over The Weekend 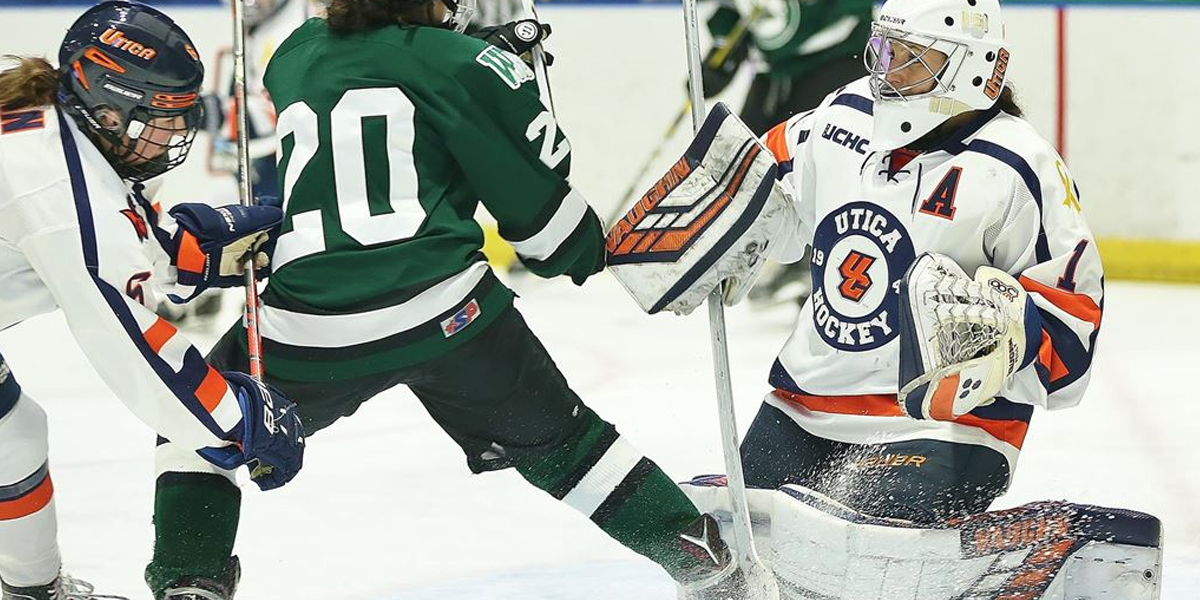 William Smith handed the Pioneers their first conference loss of the season in a penalty filled game Friday afternoon. A William Smith shot from the top of the right face-off circle found its way under the arm of Utica goalie Bria Reilly (24 saves) and into the back of the net. The goal came at 5:06 of the opening period.

Utica had a minute and a half 5-on-3 advantage in the beginning of the second period, but were unable to find the back of the net. On the other side of the ice, William Smith had two different 5-on-3 opportunities, but Reilly was strong in goal. Utica finished 0-for-8 on the power-play.

Utica failed to score a goal for the second straight game as they fell to #3 Elmira College on Saturday. The score was fairly close until Elmira pulled away in the third. Five different players scored for Elmira who held a slight 17-14 shot advantage to go with their 3-0 lead after two periods. After firing 22 shots on goal in the third the Golden Eagles finished with a 39-19 shot advantage.

Utica goalies Bria Reilly (26 saves, 6 goals against) and Savannah Gutierrez (6 saves, 1 goal against) both appeared in the game.