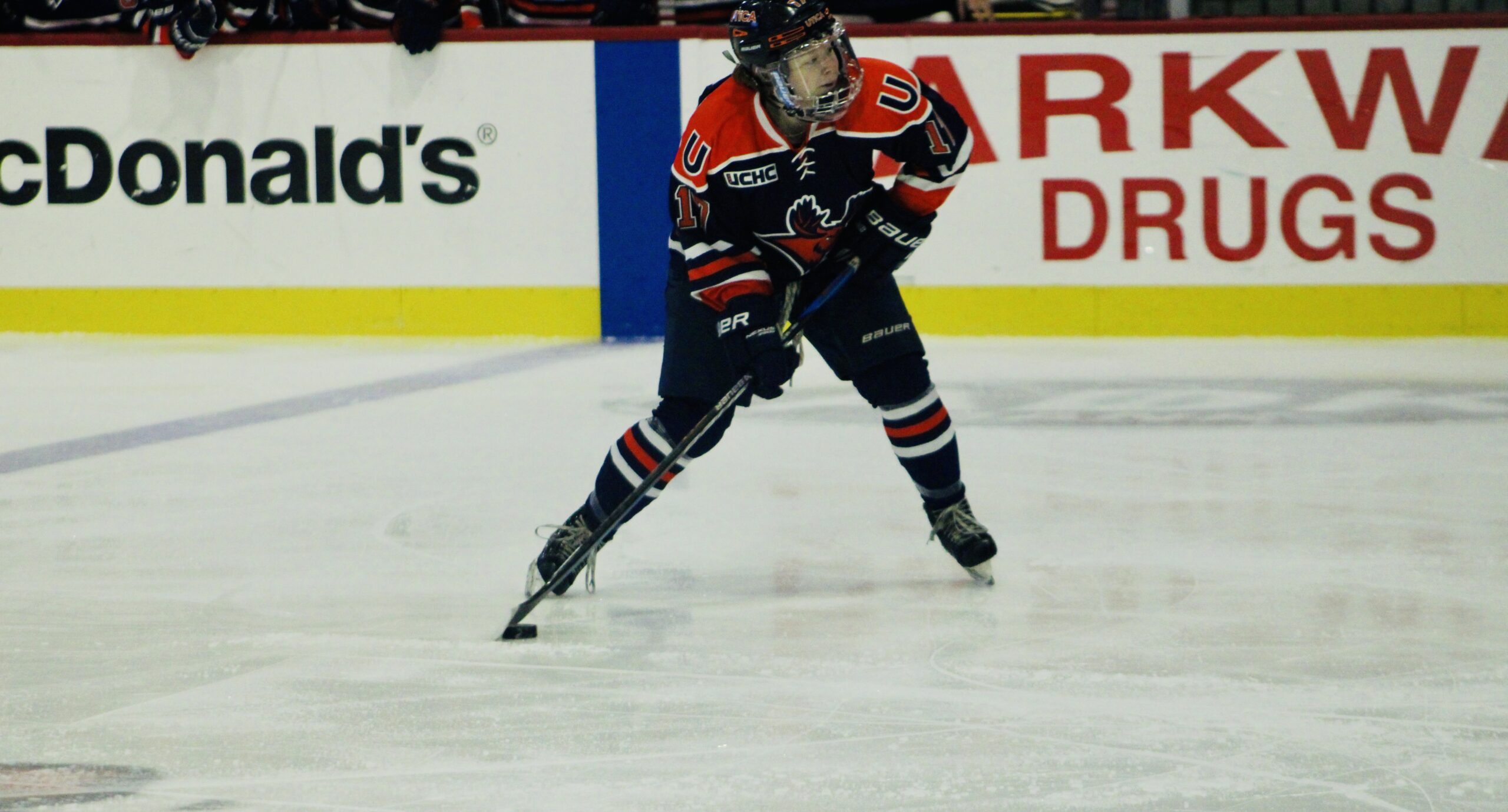 The Utica Pioneers Women’s Hockey Team (3-1-1 overall, 3-0-1 UCHC) played their first UCHC road games this weekend when they traveled to Wilkes-Barre, Pennsylvania to take on the King’s College Monarchs (0-4-0 overall, 0-4-0 UCHC). They returned home with two wins by a score of 10-0 each in an astounding display of offensive prowess.

Game one was on Friday night, and King’s goaltender Syd Dahl had her work cut out for her right from the start as the Pioneers registered twenty-two shots in the first period alone. Two of them found the back of the net, as Maggie Rylott and Hailey Modlin were the Utica goal scorers. Utica goaltender Angela Hawthorne stopped both shots she faced in the first period, and coach Dave Clausen decided to replace her with Lauryn Brown to start the second period so Brown could get some ice time in.

If the band was warming up in the first period, the Pioneer’s goal-scoring concert began in the second period – as they put three more goals on the board on another thirty shots in the second period alone. Utica’s goal scorers were Abby Lillis, Kelsey Elliot, and Erica Sloan, with Elliot and Lillis recording their first goals of the season. Brown stopped all three Monarchs’ shots she faced.

Utica blew the game wide open in the third period by scoring five goals, including two on the power play. Cortney Staniszewski scored two of the third-period goals and Holly Silva, Hannah Keating, and Erica Sloan (her second of the game as well) scored the others. Brown again stopped all three shots she faced in the period to complete the combined shutout with Hawthorne while Dahl faced another twenty-five to bring the total for the game to seventy-seven shots she faced.

It wouldn’t get any better for the King’s College squad on Saturday afternoon. This time it was Hayley Packer in goal for the Monarchs, and although she faced an incredible twenty-six shots in the first period alone, only one went in when Tess Barrett scored for Utica at the 11:41 mark. Maddie Esposito started in net for the Pioneers and she made four saves on four shots through the first twenty minutes.

The Pioneers put the game out of reach in the second period, scoring five goals on another twenty-nine shots. Georgiana Santullo started the scoring with a shorthanded goal, followed by markers from Molly Pedone, Cortney Staniszewski, Carolyn Whitney, and Erica Sheaffer. Staniszewski and Whitney’s goals came on the power play – the Pioneers would finish three for six on the power play for the game.

Halfway through the second period, coach Clausen replaced Esposito in net Breese Burlingame. She would not get much work, however, as the Monarchs did not get a shot on goal in the second or third period.

The Pioneers added another four goals and thirty-five shots to their total in the third period. Recording the goals were Maggie Rylott, Holly Silva, Georgiana Santullo (her second of the game), and Hailey Modlin. Utica had a total of ninety shots on goal, Packer made seventy-one saves, and Syd Dahl made nine (Dahl entered the game for six minutes in the second period).

The Pioneers are now in third place in the UCHC standings with eleven points, just one behind both Manhattanville and Nazareth. They return home to play their first-ever games at the Nexus Center on Friday and Saturday against UCHC rival Stevenson. For more information on Utica Pioneers hockey, visit https://uticapioneers.com. 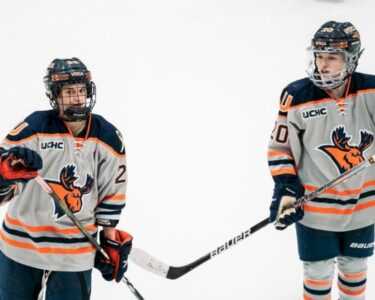 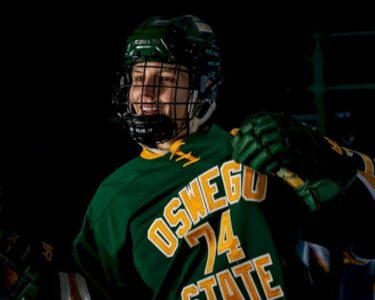