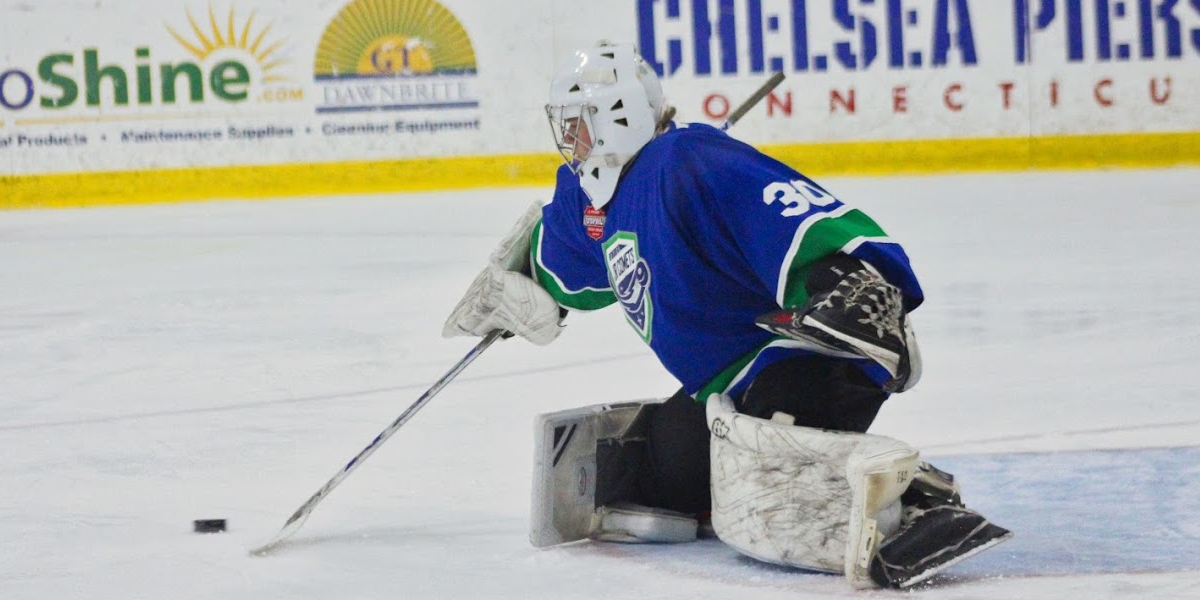 The NCDC team battled to finish the weekend series against the Cyclones at 1-1-0.

The Cyclones scored a late first period goal to begin the second with a 1-0 lead. Lucas Kucera scored his third of the season at 5:04 of the period to even the score at 1. The Cyclones took a 2-1 lead six minutes later on a shorthanded goal.

Utica was able to tie the game 3:21 into the third thanks to a goal from Mikey Giampapa. Just over a minute later Adam Brzezicki scored giving Utica a 3-2 lead. However it only took 13 seconds for the Cyclones to tie the game 3-3. They then went on to score two more goals at 7:24 and 14:10 of third to defeat Utica 5-3. Connor Close made 37 saves in the loss for Utica, their fourth in a row.

The offense was rolling in this one with both teams combining for 93 shots on goal. Utica got on the board first scoring only 15 seconds into the game. Radek Prosek scored assisted by Kevin Sadovski and Ole Henrik Arneson. It was the only goal of the period.

Northern Cyclones scored at 3:03 to tie the game at one. The game remained tied until the 13:13 mark when Maj Tavcar scored an unassisted goal to give Utica a 2-1 lead. The Cyclones tied it up at 14:51, but Walter Baumann scored a shorthanded goal at 16:33 giving the Comets a 3-2 lead heading into the third.

The Cyclones scored twice in the third at 6:09 and 10:53 to take a 4-3 lead. Three minutes later Tavcar scored his second of the game to tie the game for Utica and force overtime. The Comets successfully killed off a tripping penalty assessed to Borgula only 1:06 into overtime. Less than a minute after the penalty expired Baumann scored an unassisted goal to win it for Utica! Isak Johansson improved his record to 3-5-0 while making 41 saves.

The NCDC’s travel to play the Boston Bandits this weekend. The Bandits are currently one point behind Utica in the standings.

The Comets had their eight game win streak snapped by the Northern Cyclones over the weekend.

Utica was out-shot 39-30 and lost 4-2, only their third loss of the season. Northern Cyclones got on the board first 6:03 into the game. At 9:36 Anthony Morin scored a power-play goal to tie the game 1-1. The Cyclones scored the next 3 goals to take a 4-1 lead into the third period.

Tyler Morin scored an unassisted goal at 6:05 of the period, but it was too little too late for Utica. Tripp Clarke finished with 35 saves on 39 shots. It was his first regulation loss of the season.

The Comets came out strong in the first period looking to avenge the loss from the day prior. The pressure eventually paid off when Tyler Morin scored at 17:38 of the period while on the man advantage. Bryce Grennan and Josh Kalinowski assisted. However, the lead was short lived and the Cyclones tied the game a minute and a half later.

Morin found the back of the net again in the second period to give Utica a 2-1 lead. Once again the Cyclones were able to tie it up late in the period on a goal at 18:44. The Cyclones scored at 1:37 of the third to take a 3-2 lead then added an insurance score at 19:07. Colin Frost made his fourth start of the season and fell to 2-2, finishing with 35 saves.

The Comets are off next weekend and do not play again until they travel to Rochester to play against the Monarchs Thursday, November 7th.