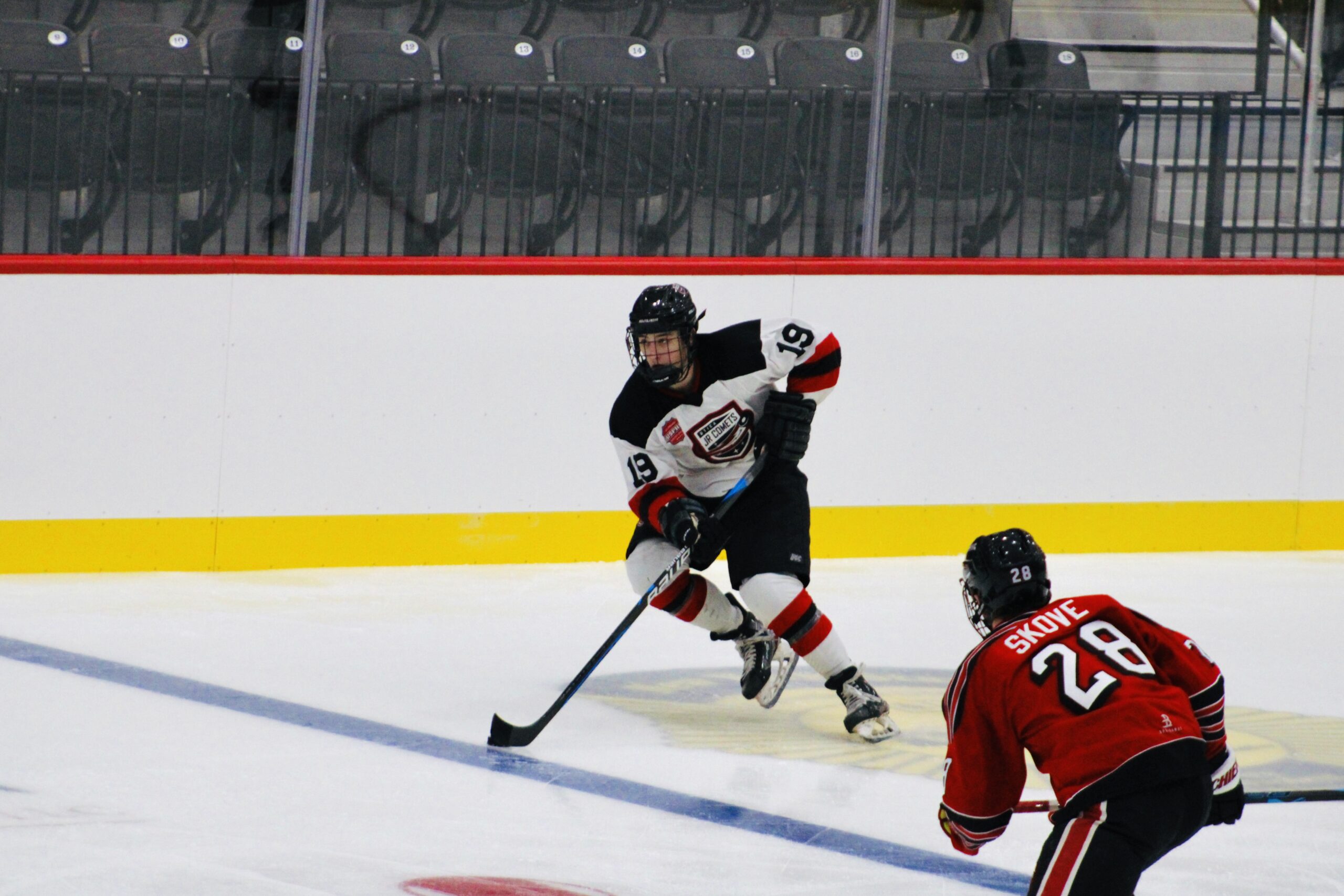 The Utica Junior Comets NCDC and Premier teams spent last week away from their new home at the Nexus Center. Both teams traveled to New England to participate in the USPHL IHC (Islanders Hockey Club) Showcase.

Head coach Louis Educate’s NCDC Team (8-8-3-0-0-1, 20 pts, 6th place in the South Division), kicked their three games at the IHC Showcase on Tuesday, November 15th with a game against the Islanders Hockey Club (6-14-1-0-1-0, 13 pts, 7th place in the North Division). The showcase did not get off to the start the Jr. Comets were hoping for, as fell to the Islanders by a score of 5-1. Utica outshot the Islanders by a 33-32 margin, but their only goal of the game was on the power play when Nick Dimatos lit the lamp in the first period (Utica was 1 for 4 with the man advantage while the Islanders were 0 for 2). Waylon Esche made twenty-seven saves in goal for the Jr. Comets.

The next day, Utica was involved in another game that ended with a 5-1 score – but this time they were victorious as they took down the Boston Advantage. The Jr. Comets got two goals from Ludovic Martel, as well as tallies from Vladislav Pschenichnikov, Mitchell Floccare, and Andrew Martino. Cameron Manley picked up the win in goal for Utica.

Utica closed out their IHC Showcase on Thursday by winning their second game in three days when they defeated the Twin City Thunder by a score of 4-2. Adrian Franco scored twice for the red and black, while Niko Benjamin added a shorthanded goal and Vladislav Pschenichnikov scored his sixth goal of the season. Waylon Esche picked up his sixth win of the season in net for Utica.

Michael Webster led all Jr. Comets in points for the three-game set with five (all five points were assists). The NCDC Team now heads into their Thanksgiving break and returns to action on December 2nd, 3rd, and 4th for a three-game set at the Bridgewater Sports Arena Red Rink against the Rockets Hockey Club.

The Utica Jr. Comets Premier Team (9-5-2-0-0-0, 20 pts, 5th place in the Mid-Atlantic Division) traveled to North Andover, Massachusetts for a four-game set in the USPHL Premier edition of the IHC Showcase. The Jr. Comets lost their first game on Friday night, falling to the Northern Cyclones by a score of 5-2. Todd Smith and Jude Cole got the goals for Utica and Brodie Lerch made thirty-three saves in net for the Jr. Comets.

Utica played two games on Saturday. In the first game, they lost a heartbreaker to the Boston Advantage by a score of 3-2 in overtime. JD Speer scored both of the Utica goals, and goaltender Jon Schirmer made twenty-six saves in the loss.

The Jr. Comets rebounded later on in a big way with a 7-3 victory over the Bridgewater Jr. Bandits. Sean Tyrie and Jude Cole led the way on offense with a goal and two assists each, while Caleb Turner (two goals), Jeremy McDonald, Kyle Martino, and JD Speer recorded the other goals for Utica. Brodie Lerch made eighteen saves in the net to pick up the win.

Utica closed out their four-game set on Sunday with a 7-1 loss to the Islanders Hockey Club. Although the score was forgettable, a rarity did occur in the game, as Jr. Comets goaltender Jon Schirmer was credited with a power play goal. Schirmer also faced a barrage in the net, stopping forty of the forty-seven shots he faced.

Next up for the Utica Jr. Comets Premier Team is a home-in-home series next weekend against the Buffalo Stampede. Saturday’s game will be at the Cornerstone Arena in Lockport, NY and the teams will square off again on Sunday, November 27th at 5:30 pm at the Mastrovito Hyundai Rink 1 in the Nexus Center. For more information about the Utica Jr. Comets visit http://jrcomets.hockeyshift.com. 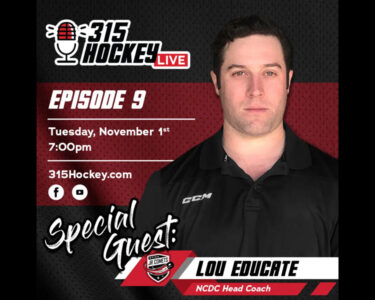