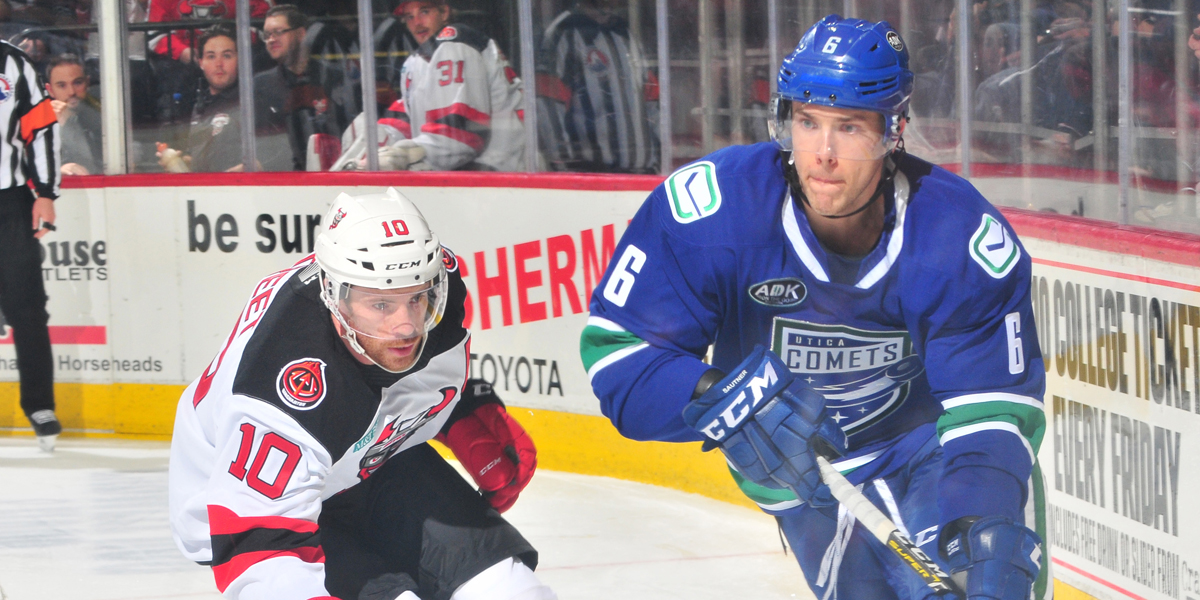 After finding themselves down 1-0 following 20 minutes of play, the Comets came out guns a blazing in the second scoring all four of their goals.

Just over a minute into the second Kole Lind found a wide open Carter Camper in the high slot. Camper fired a shot on net that trickled through the Devils goaltender. Reid Boucher was there to tap in the loose puck and tie the game 1-1. Boucher notched his second of the season less than a minute later off a beautiful pass from Lind.

Then he added his second of the season just 1:07 later!#UTIvsBNG pic.twitter.com/3udvInHNIz

The Comets weren’t done yet and at 6:50 of the period Justin Bailey notched his first in a Comets uniform assisted by captain Carter Bancks. Boucher got in on the action once more sending a nifty backhand pass from the corner to the top of the opposite circle to Guillaume Brisebois. Brisebois took a wrister that beat the Devils goaltender giving the Comets a 4-1 lead with 20 minutes to play.

Hard work in the corner from @klind13. Slick pass from Boucher. Beautiful finish from @GBrisebois55. Teamwork at it's finest.#UTIvsBNG pic.twitter.com/s1KjiQCYCX

Utica is on the road again this weekend when they take on the Wilkes-Barre Scranton Penguins at 7:05pm Saturday, October 12th.