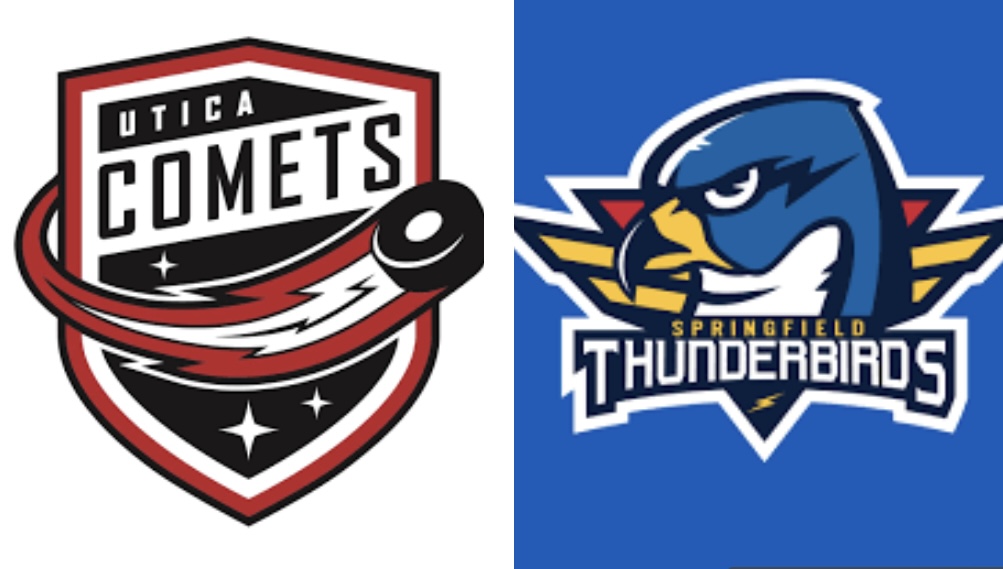 What a difference one game can make.

Going into Friday night’s game against the Bridgeport Islanders, the Utica Comets (9-9-3-1, 22 points, 6th place in the North Division) were slumping. They had lost three of their last five games, including three in a row at home, and were mired in last place in the North Division. The Islanders presented a huge challenge as they are one of the best road teams in the AHL this season, and had defeated the Comets in six of their previous seven meetings dating back five years.

The Comets responded by ending that home losing streak with a hard-fought 5-2 victory. Nolan Foote scored two goals, Joe Gambardella scored his third goal in six games, and Ryan Schmelzer scored his first goal of the season on what could only be described as a highlight reel goal. Tyce Thompson also scored against the team that his father, Brent Thompson, is the head coach.

Another huge component of Friday night’s win was the play of goaltender Mackenzie Blackwood. Blackwood arrived in Utica earlier this week on a conditioning loan from the New Jersey Devils and made his Comets debut on Wednesday night against the Laval Rocket. It was a night to forget for the goaltender and the Comets, as the effect of not playing for six weeks showed in a 5-2 loss.

On Friday night, Blackwood gave up a first-period goal on a great play by Ruslan Iskhakov that was a perfectly placed shot. As the game wore on, however, he got better and better. It was obvious Blackwood had shaken off the rust of his extended absence from gameplay, as he made several strong saves and kept the Comets in the game so that their four-goal explosion in the third period could seal the victory.

On Saturday night, the Comets host another Atlantic Division opponent as the Springfield Thunderbirds (10-11-1-4, 25 points, 7th place in the Atlantic Division) come to town. Like the Comets, the defending Eastern Conference champion Thunderbirds have been dealing with major roster changes from last seasons team. Gone are leading scorers from 2021-22 Matthew Peca and Sam Anas and goaltender Charlie Lindgren – who had a record 24-7-1 for the Thunderbirds last season.

This season, Springfield has two new faces at the top of their scoring list. Matthew Highmore, who spent the last three seasons in the NHL playing for the Chicago Blackhawks and Vancouver Canucks, is the Thunderbirds leading scorer with twenty-five points. Right behind Highmore is Martin Frk, he of the 109 mph slapshot who came to Springfield after having been in Los Angeles Kings organization for the past three seasons.

Lindgren and Joel Hofer formed a solid goaltending tandem for the Thunderbirds in 2021-22. With Lindgren’s departure, the Thunderbirds net belongs entirely to Hofer, who has played in eighteen of the teams twenty-six games thus far this season.

Thunderbirds are coming off a loss on Friday night in Syracuse, while the Comets are looking to build on the aforementioned win the night before against Bridgeport. Let’s take a look at how the teams match up against each other.

*Andreas Johnsson is third on the Comets in points with 13, but is currently playing for the New Jersey Devils.

Mackenzie Blackwood has a record of 1-1-0 with a GAA of 3.03, a 0.891 save percentage, and no shutouts. Blackwood was in goal on Friday night against Bridgeport.

Vadim Zherenko has a record of 3-4-1 with a GAA of 3.02, a 0.919 save percentage, and no shutouts. Zherenko was in goal on Friday night against Syracuse.