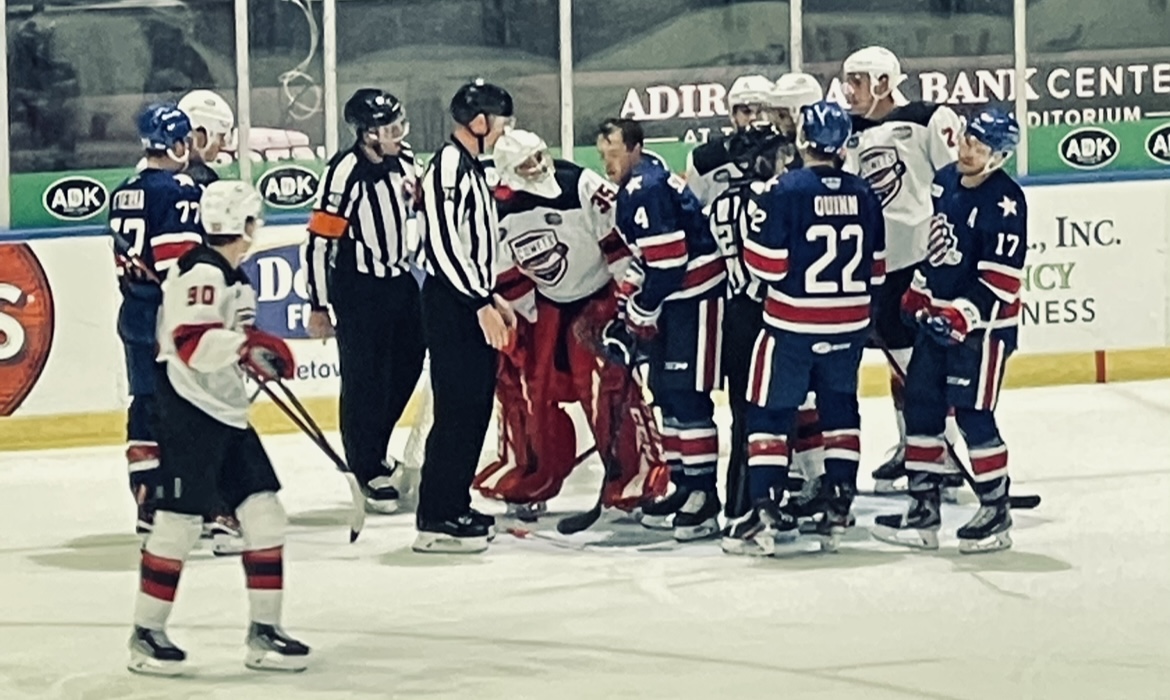 The battle between chicken riggies and garbage plates is set to start all over again as the Utica Comets (2-3-0-1, 5 points – fifth place in the North Division) take on the Rochester Americans (5-3-0-0, 10 points – second place in the North Division) face each other in a home in home series on Friday and Saturday nights. Game one is set to take place in Rochester at the Blue Cross Arena starting at 7:05 pm EDT, and they’ll finish the series Saturday night in Utica at the Adirondack Bank Center starting at 7 pm.

There is bound to be some bad blood left between the teams, as the Americans eliminated the Comets from the playoffs in five games of their first-round best-of-five series. It was a hotly contested series on and off the ice, as the fans of both teams engaged in a culinary war between their two cities as well – chicken riggies representing Utica while the garbage plate picked up the mantle for the city of Rochester. The playoff loss was especially bitter for the Comets, as they had finished the regular season with the best record in the Eastern Conference.

This season, both teams have been dealt huge losses to their lineups from last season. Utica is missing its top four scorers from last season: Chase DeLeo, AJ Greer, Fabian Zetterlund, and Alexander Holtz, while the Americans are without the services of leading scorers Jack Quinn and JJ Peterka, as well as highly touted prospect Peyton Krebs.

The Comets are coming off of a heartbreaking loss on Wednesday night which resulted in an eleven-round shootout loss to the Providence Bruins. On that same night, the Americans drubbed the Syracuse Crunch by a score of 7-2 to run their current winning streak to three games. With the Comets looking to rebound from a tough loss, and the Americans aiming to keep their winning streak alive, let’s take a look at how the two teams match up against each other.

Andreas Johnsson is listed as the Comet’s second-leading scorer, but he is currently with the New Jersey Devils. Graeme Clarke leads the Comets in shots with eighteen.

1.) Linus Weissbach: 5 goals and 4 assists = 9 points. Weissbach is fourteenth in the American Hockey League in goals.

Jiri Kulich leads the Americans in shots with twenty-one.

Radio coverage for both games will be on 94.9 K-Rock (WKLL), and the television broadcast will be on AHLTV. For more information about the Utica Comets, including scheduling and tickets, visit https://uticacomets.com.