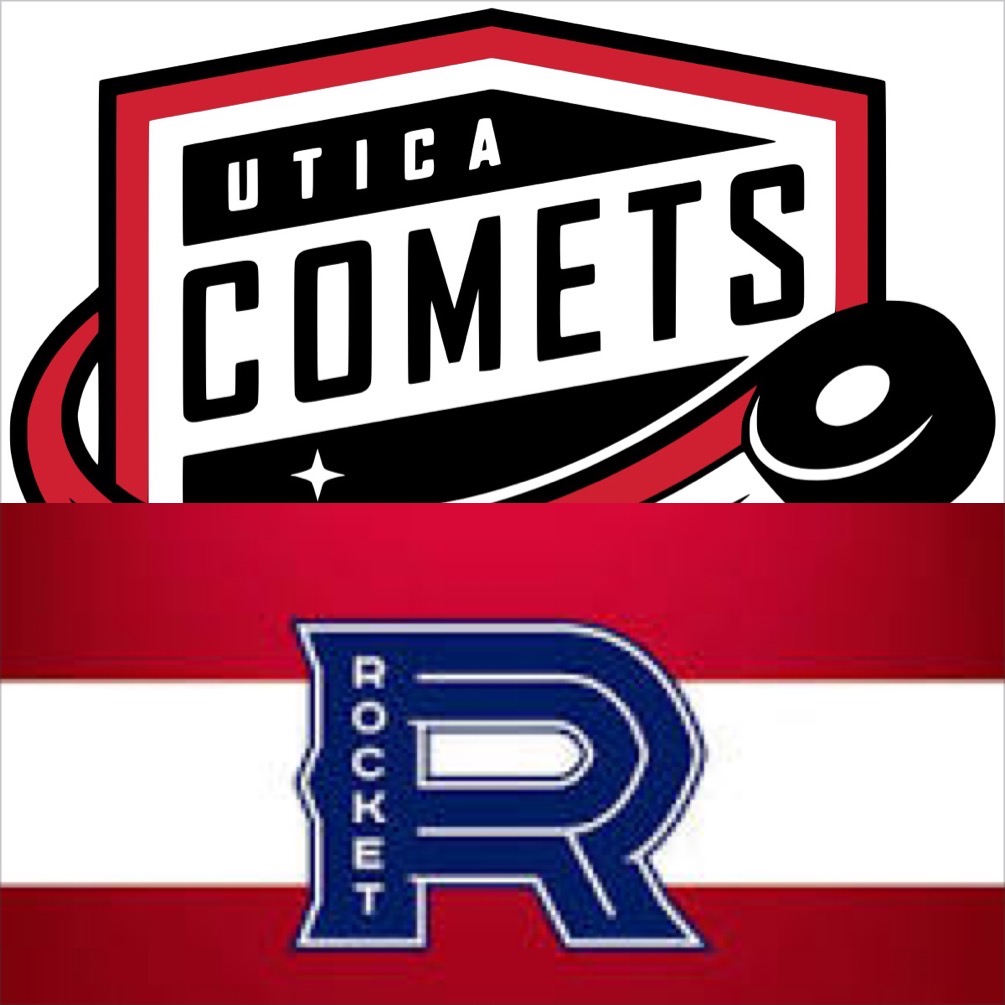 The Comets last played on Saturday when they enjoyed some southern hospitality in defeating the Charlotte Checkers in the Queen City by a score of 3-2 in overtime. They got thirty-two saves from Issac Poulter, and Alexander Holtz scored the game-winning goal. Saturday’s win leapfrogged Utica over Laval into sixth place in the North Division standings and was their third victory in their past five games.

Poulter will most likely get the nod in goal again for Utica on Wednesday night, as Nico Daws, Alexander Holtz, and Kevin Bahl were all recalled to the New Jersey Devils on Monday. To presumably back Poulter up, the Comets have signed goaltender Jake Theut to a PTO contract. Theut has no AHL record this season but has a record of 4-3-2 with a GAA of 3.04 and 0.901 save percentage for the Adirondack Thunder of the ECHL. In the process of recalling Daws, Holtz, and Bahl, the Devils reassigned defenseman Tyler Wotherspoon to the Comets.

The Rocket enters Wednesday night’s game having lost three of their last five games. Scoring goals has not been a problem for Laval, as the sixty-four goals they have scored puts them in the top ten in the American Hockey League in that category. Keeping the puck out of the net has been the demise of the top farm team for the Montreal Canadiens thus far this season, as they have allowed the most goals to be scored in the league.

The winner of Wednesday night’s contest will skate away with sole possession of sixth place in the North Division. Let’s take a look at how the Utica Comets and Laval Rocket match up against each other.

Graeme Clarke leads the Comets in shots with 42.

Rafaël Harvey-Pinard leads the Rocket in shots with 60.

Jake Theut has no AHL record this season.

Joseph Vrbetic has no AHL record this season.

Wednesday night’s game is scheduled to begin at 7 pm EST. Radio coverage will be on 94.9 K-Rock and the television broadcast will be on AHLTV. For more information about the Utica Comets, visit https://uticacomets.com.