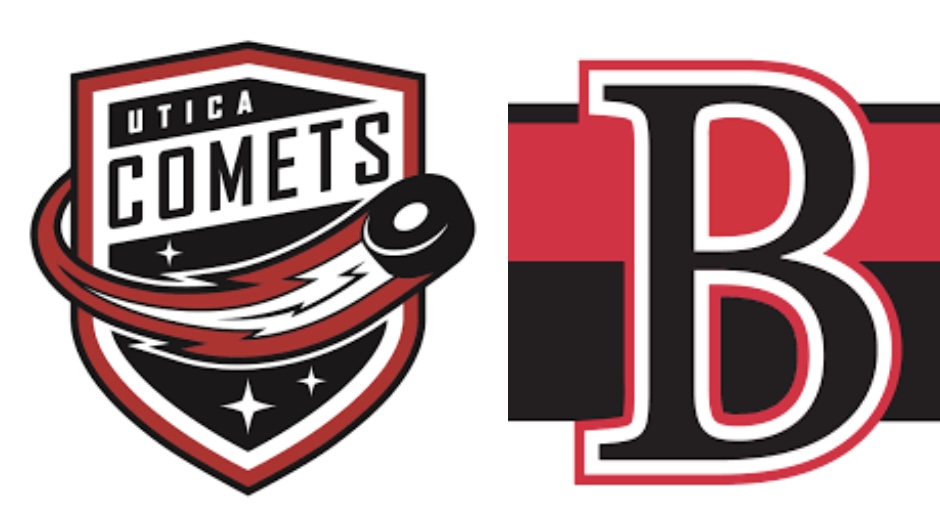 The red-hot Utica Comets close out 2022 by hosting North Division rival the Belleville Senators on Saturday night at the Adirondack Bank Center. The Comets enter the game having won five of their last seven games and have vaulted into third place in the North Division in that time frame.

The recent success of the Comets can be attributed to several players getting hot at the same time as well. Despite the recent roster upheaval that saw the team lose defensemen Simon Nemec, Nikita Okhotiuk, Tyler Wotherspoon, and forward Tyce Thompson to either international play or recall to the New Jersey Devils, others have stepped up to take their place. Forward Graeme Clarke is on a six-game points streak which has seen him amass seven goals and seven assists during that time. Defenseman Reilly Walsh has taken center stage in the Comet’s defense corps in light of the recent departures, as he has points in four straight games. Team-leading goal scorer Nolan Foote has three goals in his past two games, and Nolan Stevens has seven points (two goals and five assists) over his past five games.

Like the Comets, the Belleville Senators have been hit hard by recent recalls to their NHL parent club. Over the past few weeks, the Ottawa Senators have recalled their second-leading scorer Jake Lucchini and now third-leading scorer Rourke Chartier – who was leading the team at the time of his recall. Unlike the Comets, the Senators have not weathered the recalls very well as they have lost six of their last seven games entering Saturday night’s game against Utica.

With what should be a festive New Year’s Eve crowd at the Adirondack Bank Center on Saturday night, let’s take a look at how the two teams matchup against each other.

Shots: Angus Crookshank with 92. Crookshank is 10th in the AHL in shots.

Saturday night’s game is scheduled to begin at 7:00 pm EST. Radio coverage will be on 94.9 K-Rock and the television broadcast will be on AHLTV. For more information about the Utica Comets including tickets and schedules, visit https://uticacomets.com.

No. 13 women’s hockey scores six goals in win over No. 10 Elmira