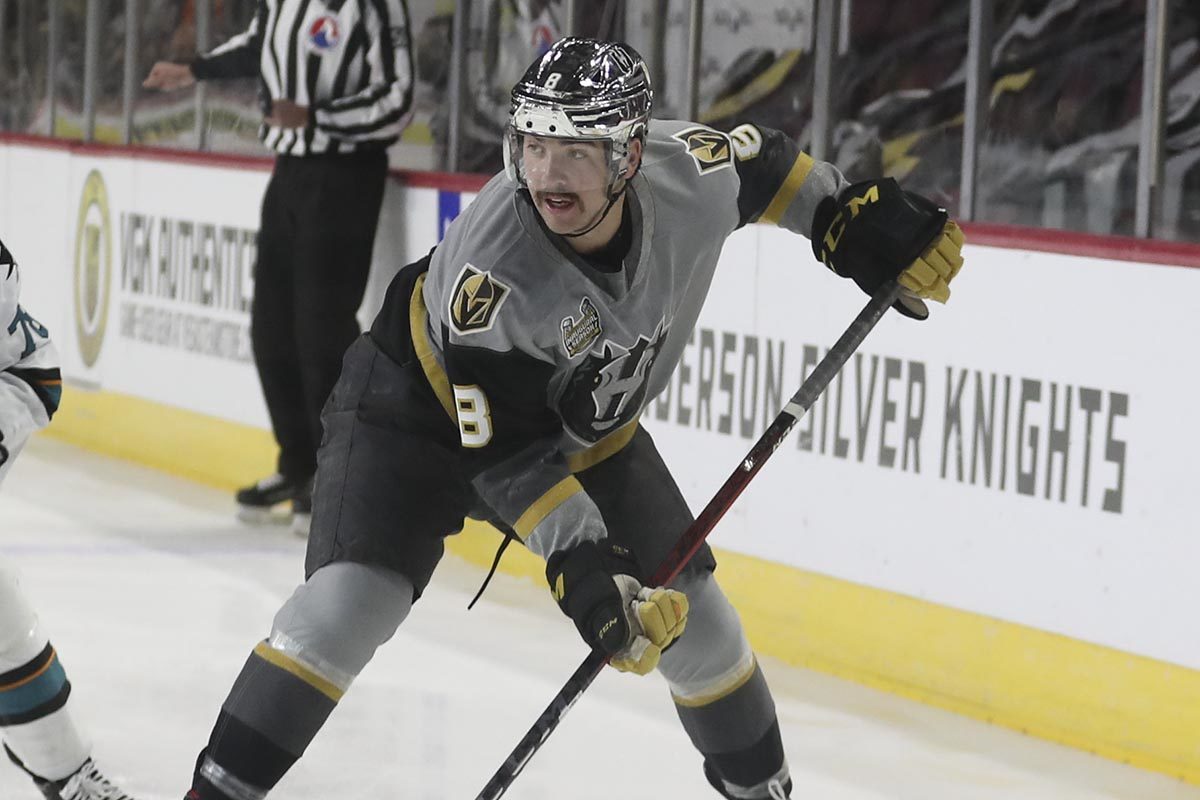 As the Utica Comets prepare for the 2022-23 American Hockey League season, they will welcome several new players. One of them is left-wing Jack Dugan.

The Utica Comets surprised many people last season by posting the best regular season record in the AHL Eastern Conference. One of the strengths of that was their group of forwards, as the Comets coach Kevin Dineen was able to roll all four of his forward lines on a regular basis. Although they have lost standouts Chase DeLeo and AJ Greer to free agency and Fabian Zetterlund and Alexander Holtz will most likely play in the NHL with the New Jersey Devils this season, the organization has brought in capable replacements. One of those players that the Devils and Comets have high hopes for is the subject of this profile: Jack Dugan.

The New Jersey Devils signed Jack Dugan to a one-year contract on July 13th, 2022 after spending the past two seasons with the Henderson Silver Knights – the AHL affiliate of the Vegas Golden Knights. The Golden Knights drafted Dugan in the fifth round of the 2017 NHL Entry Draft after he had an outstanding amateur career. He burst on the scene in the 2017-18 season by scoring sixty-six points in fifty-four games for the Chicago Steel of the USHL (the USHL is the American equivalent of the Canadian Junior “A” hockey leagues). After his lone season with the Steel, Dugan went on to play for Providence College of the NCAA, where his star continued to rise. In 2019-20, which was his sophomore and final season at Providence, he led the NCAA in scoring with fifty-two points and was a finalist for the Hobey Baker Award.

After the 2019-20 season, Dugan elected to sign a two-year contract with the Golden Knights. He had a successful first season (2020-21) in Henderson, posting ten goals and twenty-three assists in thirty-seven games. Last season was a rough one for Jack Dugan (whose actual first name is Jonathan). He was limited to just thirty-five games played in which he totaled eighteen points. After the season, the Golden Knights declined to tender him a qualifying offer thereby making him a free agent and leading to his signing with New Jersey.

Dugan is twenty-four years old and brings a mixture of energy, scoring touch, and at six feet one inch tall and 185 pounds, a physical element to his game. He was born in Pittsburgh, Pennsylvania but grew up 135 miles west of Utica in Rochester, NY. Dugan will have an opportunity to make the Devils roster in training camp, but will most likely be with the Utica Comets this season.