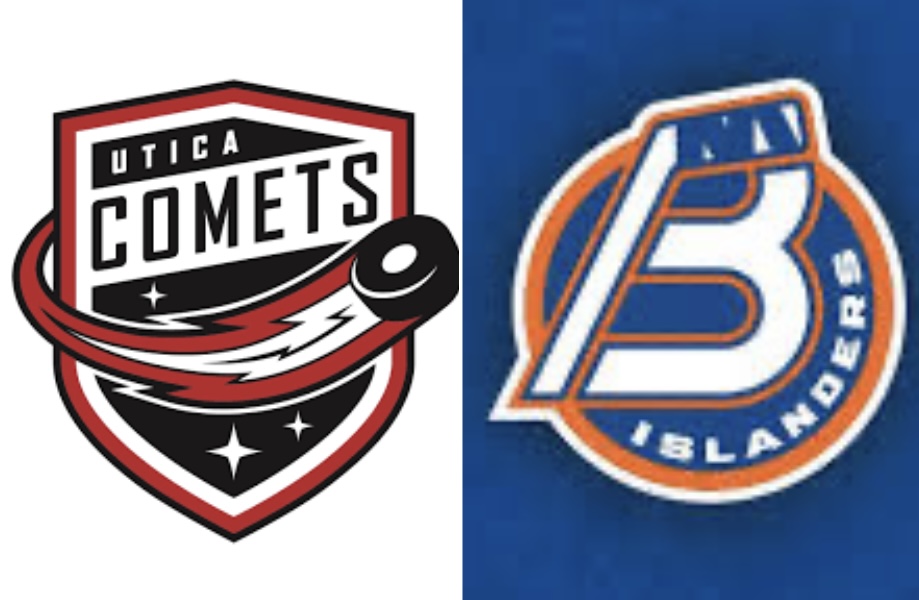 They say all good things must come to an end and that is exactly what happened to the Utica Comets on Friday night, as their twelve game points came streak came to an end with a 3-2 regulation loss to the Providence Bruins. During that points streak, the Comets rose from the bottom of the North Division and now find themselves in second place, just six points behind the division-leading Toronto Marlies.

There is no time to dwell on Friday night’s loss for Comets coach Kevin Dineen’s team however, as their trip through New England continues on Saturday night with a visit to the Total Mortgage Arena in Bridgeport, Connecticut for their second and final game of the regular season against the Bridgeport Islanders. The Comets defeated the Islanders 5-2 in their meeting on December 16th at the Adirondack Bank Center.

Behind the Islander’s bench is former NHL defenseman Brent Thompson, who is also the father of Comet forward Tyce Thompson. The senior Thompson’s team has struggled mightily, picking up just three wins since the beginning of December. They did win on Friday night, however, and snapped an eleven-game losing streak with a 4-3 victory over the Lehigh Valley Phantoms.

Even though the team has struggled as a whole, they do have a group of veterans that are enjoying fine individual seasons. Forwards Chris Terry and Andy Andreoff pace the Islanders on offense. Terry, a veteran of 718 AHL games, leads the team in points with thirty-five in just thirty-one games. Andreoff leads the team in goals with nineteen and is on pace to score the most goals in a single season of his career. Between the pipes, Cory Schneider returned on Friday night for the win over Lehigh Valley after being back in the NHL for nearly a month. Schneider is in the AHL top twenty this season in wins, GAA, and save percentage.

For the Comets, even though their points streak is over, another streak lives on. The team’s leading scorer has goals in his last two games and four in his last six games.

With the Comets looking to start another points streak, and the Islanders needing to string together some victories, let’s take a look at how the two teams match up against each other.

Saturday night’s game is scheduled to begin at 7:05 pm EST. Radio coverage will be on 94.9 K-Rock and the television broadcast will be on AHLTV. For more information about the Utica Comets, including schedules and tickets, visit https://uticacomets.com.