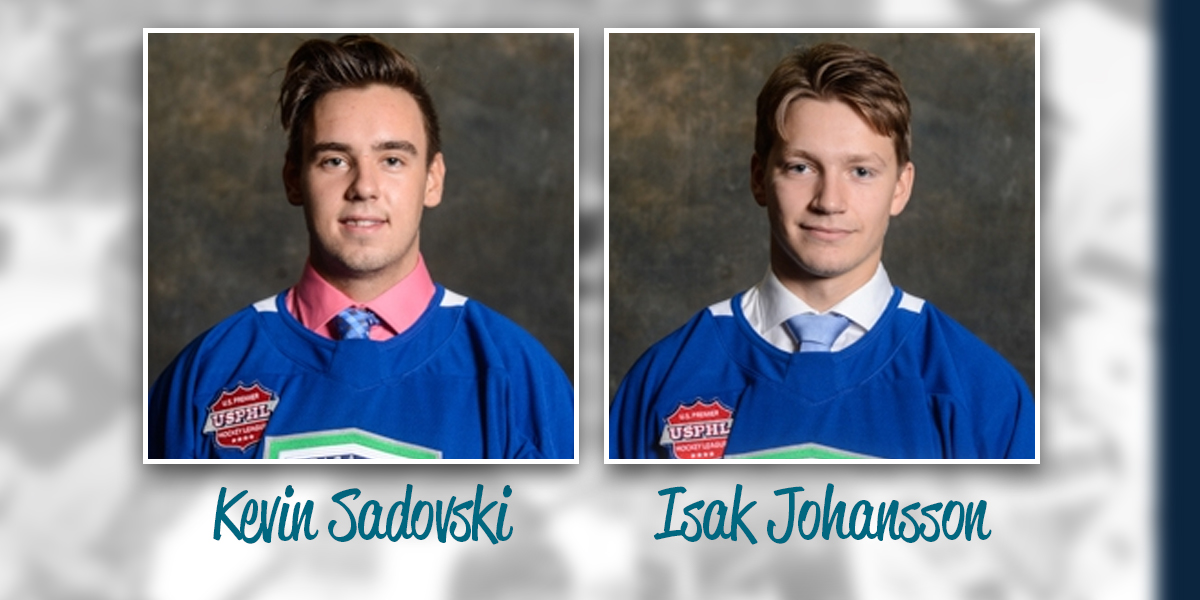 Two Utica Jr. Comets players were selected for the team, which will face-off against the Natinoal All-Stars on Monday, January 20th. The game will take lace at Merrimack College in North Andover, Massachusetts.

20 year old Kevin Sadovski was selected as a defenseman for the team. Sadovski has recorded 8 goals and 13 assists through 31 games so far this season. He ranks in the top five for goals (second) and points (fifth) among defenseman in the NCDC.

The Palm Coast, Florida native is enjoying his second full year in the NCDC. Sadovski was on an seven game point streak that came to an end Monday afternoon. He recorded nine points over that span.

Marsta, Sweden native Isak Johansson was named as one of three goaltenders to the the American All-Star team. Johansson has appeared in 23 games for the Comets in his first year in North America.

He ranks second in the league with 809 saves. His .928 save percentage is 7th best among qualified goalies, and he ranks eighth with a 2.60 goals-against average. Johansson is 12-9-2 this season.

The Jr. Comets play four more games before the All-Star break. Their next home game is Thursday, January 16th at 1:30pm.