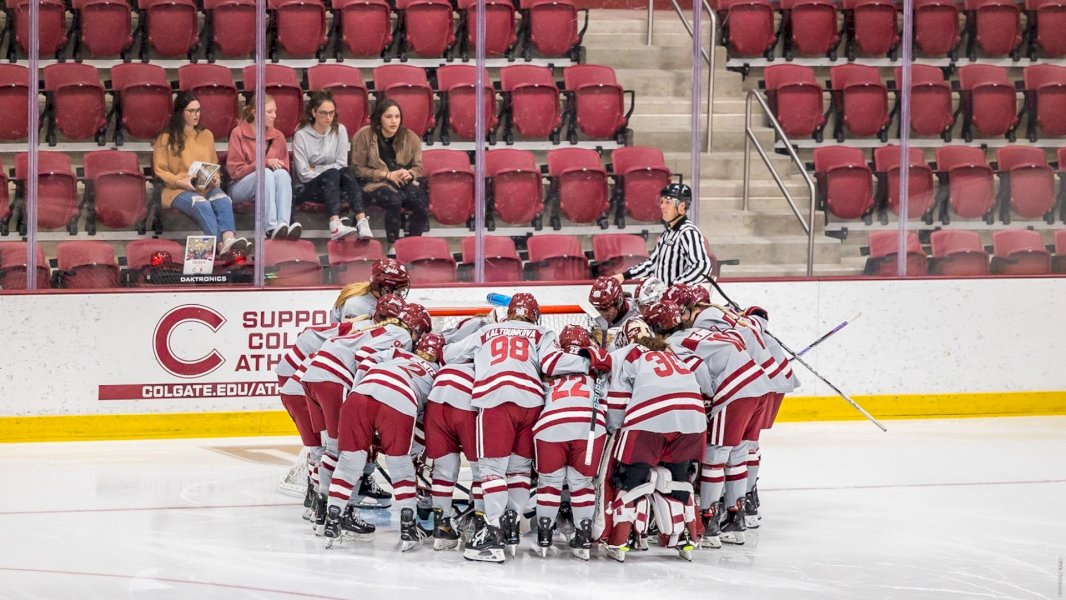 Simpson was named ECAC Hockey Defensemen of the week..

Simpson played a crucial role for the Raiders over the weekend, clocking a heavy amount of minutes for Head Coach Greg Fargo‘s squad in their weekend sweep. Simpson nabbed three assists throughout the weekend and blocked four shots.

Kaltounková was named ECAC Hockey Forward of the Week.

The Vlasim, Czech Republic native led the way for the Raiders, notching three goals and one assist over the weekend.

Kaltounková has been off to a hot start, scoring five goals and grabbing three apples for eight points in just five games this season.

Biederman was named ECAC Hockey Rookie of the Week.

The Franklin, Mich. native collected her first collegiate points over the weekend, notching an assist in Friday’s contest and scored her first career goal in stunning fashion in the 2-1 win over the Nittany Lions Saturday.

The Raiders return to play this weekend as they are set to face off against RIT in a two-game weekend, puck drop is set for 6 p.m. Friday and 3 p.m. Saturday.