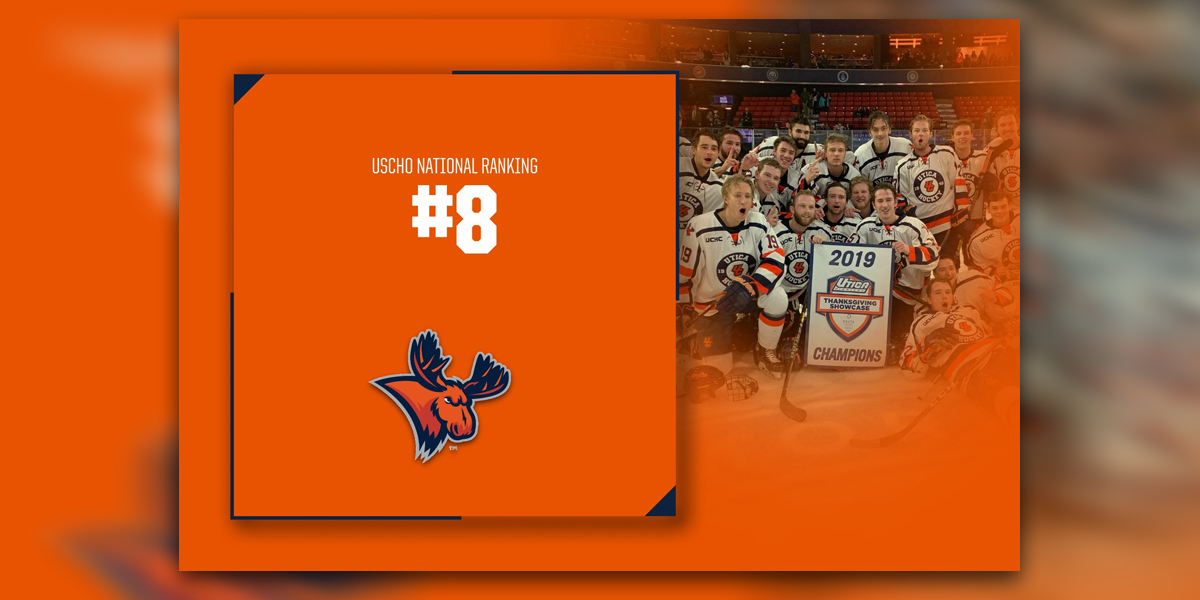 The Utica College Men’s Hockey team has moved up from the twelfth position to inside the top ten of the latest USCHO.com DIII Rankings. The Pioneers are now ranked eight following a pair of wins in the Delta Hotels Thanksgiving Showcase over the weekend.

Other 315 area teams in the top 15 include Hobart who was bumped from second to third, but picked up two first place votes. Oswego is ranked twelfth after previously coming at number nine one week ago. Skidmore College did not make the top 15, but received 7 votes in the poll.

The Pioneers are on the road this weekend against Stevenson and Chatham.