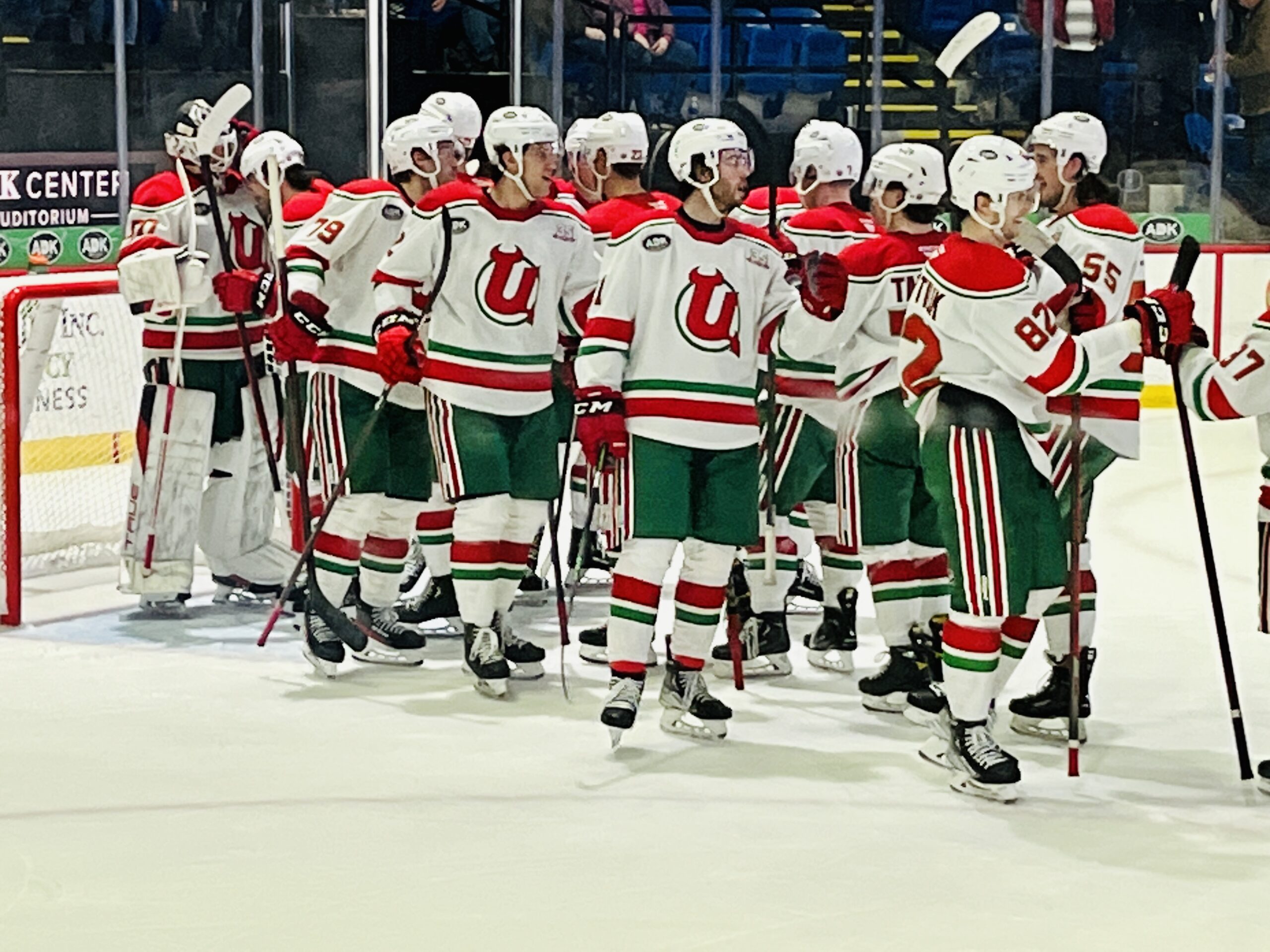 Going into this season, one of the big question marks for the Utica Comets was “where are the goals going to come from”?

Fabian Zetterlund, Alexander Holtz, Chase DeLeo, and AJ Greer accounted for nearly forty percent of the team’s goals in 2021-22 and they would not return. To help replace them, Brian Pinho, Zach Senyshyn, and Jack Dugan were brought in via free agency along with defenseman Simon Nemec – the number two overall draft pick by the New Jersey Devils in the 2022 NHL Entry Draft. All are fine players, but missing forty percent of a team’s offense from the season before is still a staggering number.

Through October and November, it appeared the concerns about a potential lack of offense were valid. The Comets played five full games in October (the “lights out” game is not counted for this purpose) and scored a total of eleven goals – which averages out to 2.2 goals per game. To break it down even further, five of those goals came in one game against Cleveland on October 28th.

In November, the Comet’s offense was consistent but not spectacular. They scored at least two goals in all eleven games they played that month, but scored more than three only once – that was in a 5-4 overtime loss to the Laval Rocket at home on November 11th. Despite scoring a total of thirty goals in November, Utica averaged a very pedestrian 2.7 goals per game for the month.

With a new month, came an offensive explosion by the Comets. They have already matched last month’s goal total of thirty in only seven games played in December for an average of 4.3 goals per game. Overall, they have moved from a bottom-half team league-wide in goals per game to a tie for fifteenth place with Manitoba at 3.17. For perspective, the Calgary Wranglers and Cleveland Monsters lead the American Hockey League in goals per game at 3.96.

So we’ve established the Utica Comets have been much better offensively during the month of December. Let’s take a look at some of the team and individual numbers that have been driving this goal-scoring explosion.

The goals to shots breakdown by period for the month of December:

It’s safe to say the Comets like the first period, but love the third period.

The following individuals have had a red-hot December so far:

A big factor in the success of the Utica Comets last season was their ability to get the defensemen involved in the offense. In the month of December, they have had two defensemen put up outstanding point totals so far.

The Comets have five games remaining in the month of December. They play two games at Cleveland, one at Rochester, then return home for games against Lehigh Valley and then Belleville on New Year’s Eve. How long will this pace on offense keep up? Time will tell, but for the Utica Comets, it shows they may have answered the “where are the goals going to come from” question.