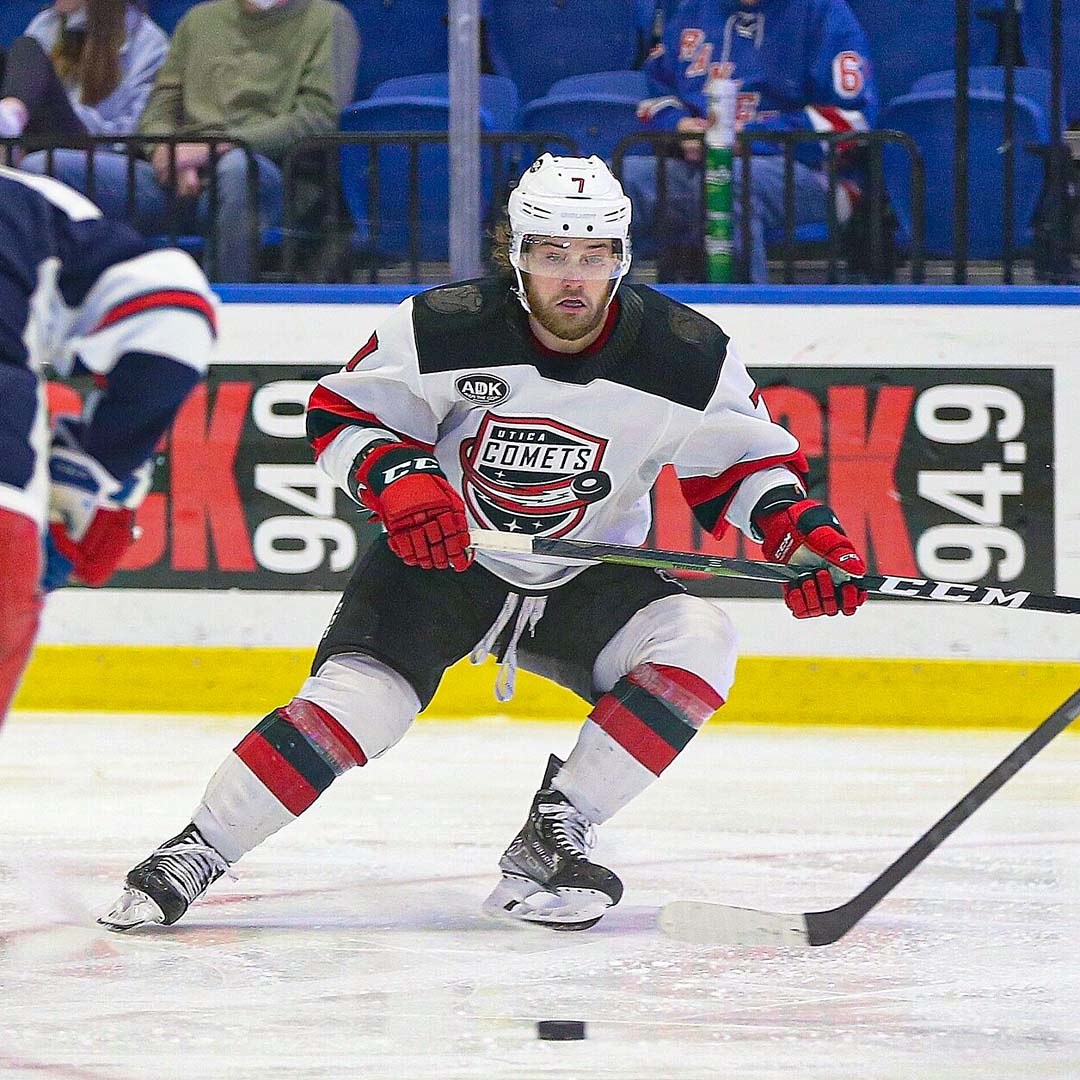 Wednesday was a bad day for the Utica Comets, as they lost popular forward AJ Greer to the Boston Bruins via free agency. It got worse on Thursday, as they lost leading scorer Chase De Leo when he signed a two-year contract with the Anaheim Ducks. Per https://capfriendly.com his new contract carries an AAV of $762,500 at the NHL level. Should he play for Anaheim’s AHL affiliate, the San Diego Gulls, De Leo will make $350,000 in the first year and $400,000 in the second year.

Chase De Leo had an outstanding season in 2021-22 for the Utica Comets. In fifty-five games played, he scored twenty-one goals to go with thirty-five assists for fifty-six points. He also took 180 shots, had eighteen points on the power play, and had three game-winning goals. De Leo led the Comets in assists, points, and shots. In five playoff games for the Comets, De Leo had one goal and two assists. The twenty-six-year-old center played a big part in the Comets posting the best regular season record in the Eastern Conference this past season.

Signing with the Ducks is a homecoming for De Leo. He hails from the city of La Mirada, which is just outside of Los Angeles, California. After being drafted by the Winnipeg Jets in the fourth round of the 2014 NHL Entry Draft, he signed with Anaheim in 2018 after three seasons in the Jets organization – playing mostly for their AHL affiliate the Manitoba Moose. He then spent three seasons in the Ducks organization, playing mostly for the San Diego Gulls. He played for current Comets coach Kevin Dineen for two seasons while in San Diego before they both came to Utica via the New Jersey Devils for the 2021-22 season. If De Leo does not make the Ducks team out of camp and he clears waivers, he will start the 2022-23 season back in San Diego.