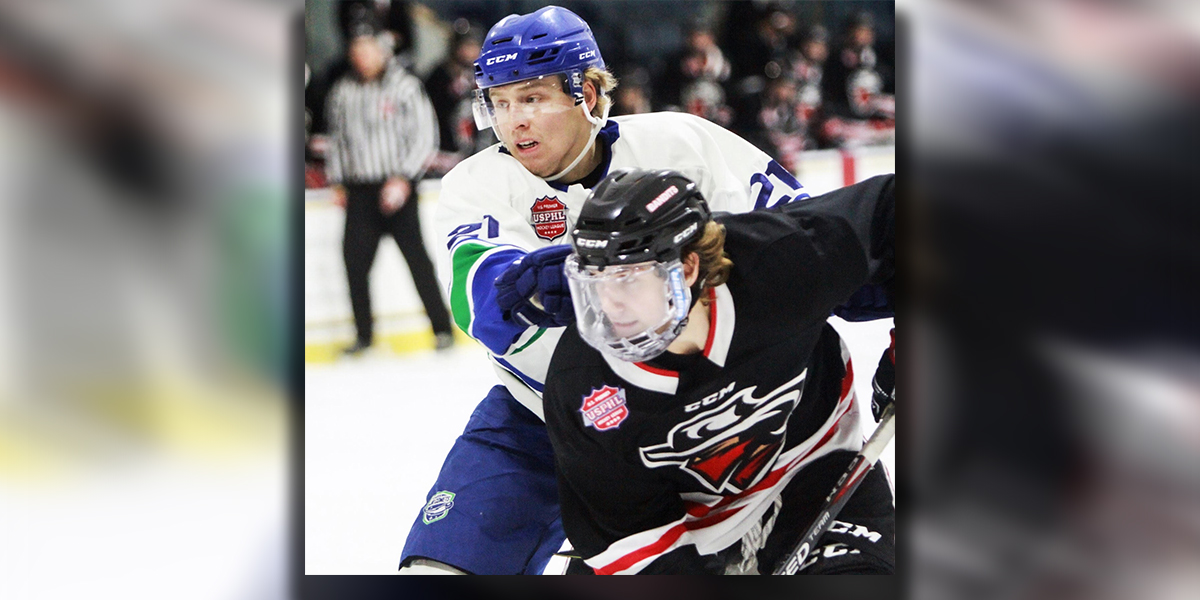 The Boston Bandits had an ax to grind with the Jr. Comets after being swept by them earlier in the month. These are two very evenly matched teams, which makes for an entertaining game. The difference in this game would be penalties and power-plays.

Radek Prosek of the Jr. Comets scored at 2:25 in the third, finally putting his club on the board. They would come up short in this hard-fought match dropping the game to the Bandits in the opener of the Showcase. Isak Johansson made 33 saves in the loss

Although the Comets four game winning streak was snapped in their opener of the 2019 IHC Showcase, they rebounded Friday afternoon with an entertaining bout against the NH Monarchs.

The Comets came out with a very physical presence, which also created power-play opportunities for the Monarchs. They would capitalize on the power-play at 19:12 on a goal from Colton Friesen, after Comets player Walter Baumann had his day end early on a major penalty for fighting.

Both teams remained disciplined in the second period fighting for an advantage and battling for possession in the neutral zone. Both goaltenders Isak Johansson of the Comets and Matt Pasquale from New Hampshire were flawless with no scoring in second period. It was the goaltending that would ultimately decide this game as it required overtime and a shoot out to crown the winner.

Isak Johannson (38 saves) put on a clinic in the shootout exhibiting his poise and claiming bragging rights by shutting down all three shooters for the Monarchs. Jr. Comets newcomer Michael Kocsis would claim the only goal in the shootout, lifting his team to victory.

In their final match of the showcase the Jr. Comets would have their hands full with the Northern Cyclones. Out of the gate this was a brutal contest, resulting in sixteen penalties in the first period alone. Both teams found the net on power-play goals to end the first period all tied up 1-1.

Jr. Comets goaltender Connor Close would stay strong between the pipes stopping all ten shots in the 2nd period giving his squad every opportunity to steal this game. Sam Techel would put the Comets up by one at 4:41 in the second assisted by Aleksei Monakhov.

The Cyclones furious attack would bode to be too much for the Comets. Bryce DeFazio scored a hat trick in the third, tallying four goals in the game.

Utica simply ran out of legs while struggling with injuries and a short bench. It was their third physical match in three days and left them vulnerable to the explosive Cyclones.

The NCDC team will travel to Maine this weekend for a two-game set against the Twin City Thunder. 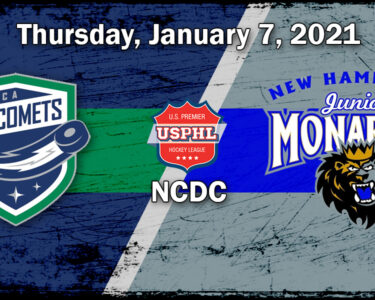