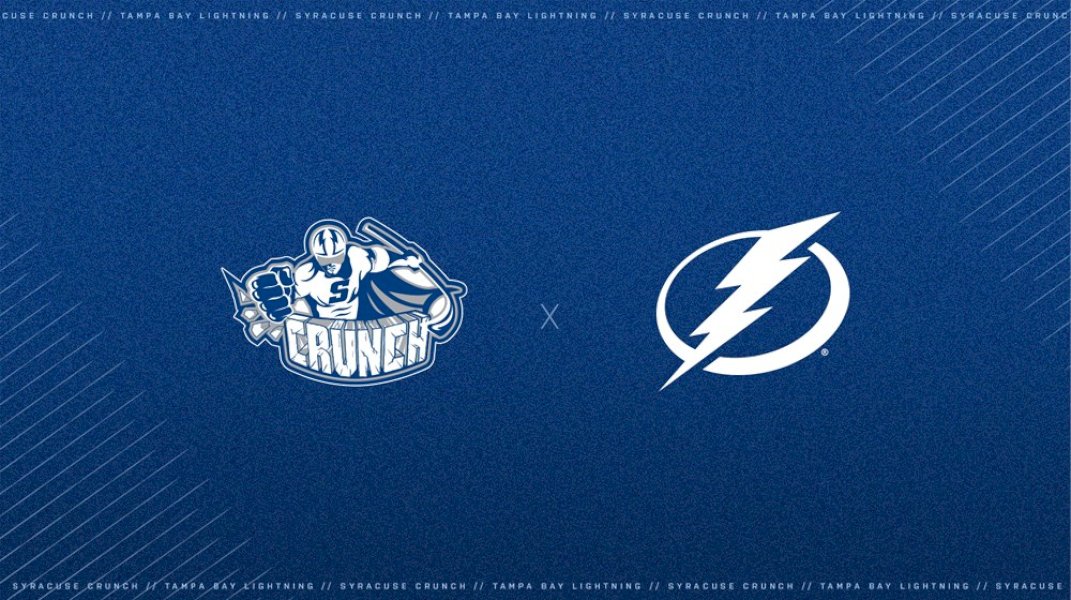 SYRACUSE, N.Y. – The Tampa Bay Lightning and Syracuse Crunch have jointly announced a five-year affiliation extension that will allow Tampa Bay’s top prospects to continue to develop their talents in Syracuse through the 2026-27 season.

“We’re delighted to extend our partnership with the Tampa Bay Lightning for another five seasons,” Crunch Owner Howard Dolgon said. “From their ownership to their hockey operations, coaching staff and business personnel, we believe they’re the finest organization in all of sports and it’s an honor for the Crunch and the Syracuse community to be associated with them.”

Since the start of the affiliation in 2012, 77 players have appeared with both the Crunch and the Bolts. The Crunch have a total of seven Calder Cup Playoff series wins, including two Calder Cup Finals berths. Syracuse has qualified for the postseason in six of eight seasons that playoffs have been held while affiliated with the Lightning. They had previously made the playoffs 10 times in their first 18 seasons. Of the organization’s three division championships, two of them came while affiliated with the Lightning.

“The Lightning are thrilled to extend our affiliation agreement with the Crunch today,” Lightning Vice President and General Manager Julien BriseBois said. “Howard Dolgon and his group in Syracuse create an ideal environment for our prospects to develop in, as evidenced by the number of players that have eventually made it to Tampa to play for the Lightning. We’d like to thank Howard and the entire Crunch staff for their continued commitment to the success of both our franchises. We would also like to thank the Crunch fans for their passion and support of the team.”

The teams have recently completed their 10th year of the affiliation. In that time, the Crunch own a 368-234-59-41 record and have made six postseason appearances, including the team’s two most successful seasons to date with its first trip to the Calder Cup Finals in 2013 and again in 2017.

The Syracuse Crunch will begin their 29th year of operation in the 2022-23 season and boast the longest independent ownership group, led by Dolgon. The Crunch have the fourth-longest current tenure of any American Hockey League team. The Lightning are the fourth primary NHL affiliate of the Crunch, who previously partnered with Vancouver (1994-2000), Columbus (2000-2010) and Anaheim (2010-2012). Syracuse had a dual affiliation with Vancouver and Pittsburgh from 1997 to 1999 and with Tampa and Florida during the 2022-21 season. The Crunch have played their home games in the Upstate Medical University Arena at Onondaga County War Memorial since their inaugural season in 1994-95.

The Lightning joined the NHL as an expansion franchise in 1992 and were crowned Stanley Cup Champions in 2004, 2021 and 2022. They advanced to the Eastern Conference Final in 2011, 2016 and 2018 and to the Stanley Cup Final in 2015 and 2022. From the 2010 to 2018, the Lightning and their AHL affiliate had been run by vice president and general manager Steve Yzerman and assistant general manager Julien BriseBois. The Lightning named BriseBois as the seventh vice president, general manager and alternate governor in franchise history beginning with the 2018-19 season.