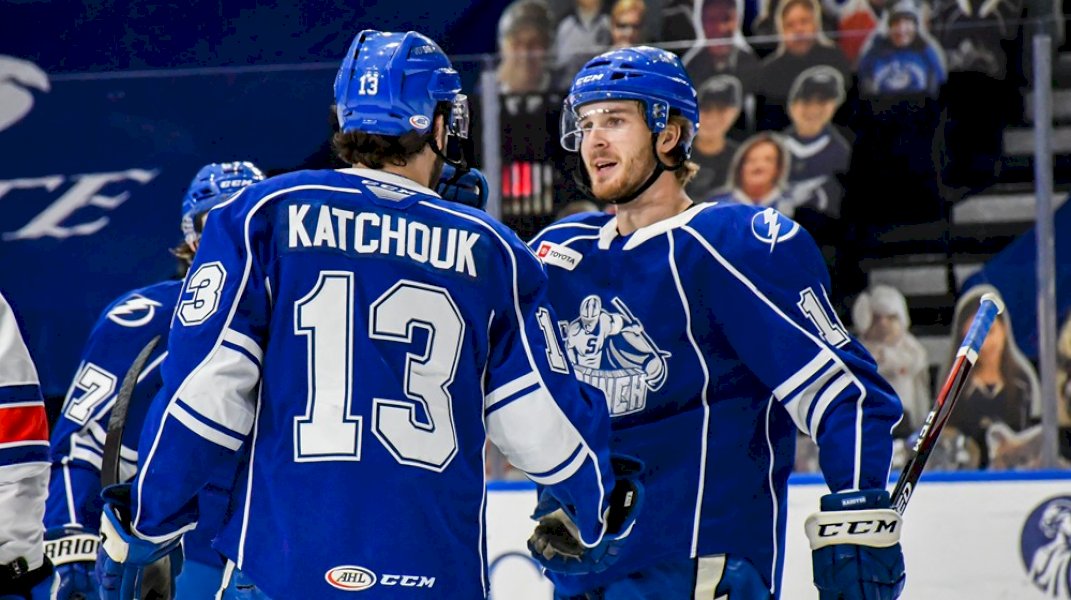 SYRACUSE, N.Y. – The Tampa Bay Lightning have signed forwards Taylor Raddysh and Boris Katchouk to three-year contracts, both worth $758,333 AAV, vice president and general manager Julien BriseBois announced today. The first year of the contracts are a two-way deal, and the second and third years are one way.

Raddysh, 23, played in 27 games for Syracuse last season, registering 12 goals and 29 points to go along with 10 penalty minutes. The Caledon, Ontario native ranked tied for first on the Crunch for both goals and power-play goals (three), and ranked second for points. Raddysh’s 12 goals ranked tied for 19th in the AHL last season. He was one of three Crunch players to notch a shorthanded goal.

The 6-foot-3, 198-pound forward has skated in 159 career AHL games, all with the Crunch over the past three seasons, recording 49 goals and 110 points. Raddysh has also appeared in four Calder Cup Playoff games in his career, all in 2019, posting two penalty minutes. He represented Team Canada at the 2017 and 2018 World Jr. Championships, earning a Gold Medal in 2018 and a Silver Medal in 2017.

Raddysh was originally drafted by the Lightning in the second round, 58th overall, at the 2016 NHL Draft.

Katchouk, 23, played in 29 games for the Crunch last season, posting 11 goals and 34 points to go along with a +17 rating and 18 penalty minutes. The Waterloo, Ontario native led the Crunch for assists (23), points and plus/minus last season. Katchouk also ranked tied for fifth in the AHL for plus/minus, tied for sixth for assists and tied for eighth for points.

The 6-foot-2, 204-pound forward has skated in 164 career AHL games, all with Syracuse over the past three seasons, collecting 36 goals and 89 points to go along with 109 penalty minutes. Last season he set career highs for assists, points and plus/minus. Katchouk represented Canada at the 2018 World Jr. Championships, recording three goals and six points in seven tournament games, helping his home country capture the Gold Medal.

Katchouk was originally drafted by the Lightning in the second round, 44th overall, at the 2016 NHL Draft.

Ticket packages for the 2021-22 season are on sale now and can be purchased by calling the office at 315-473-4444. For the latest Crunch news, visit www.syracusecrunch.com or follow the club on Facebook (www.facebook.com/syracusecrunch), Twitter (@SyracuseCrunch) and Instagram (@syracusecrunch).