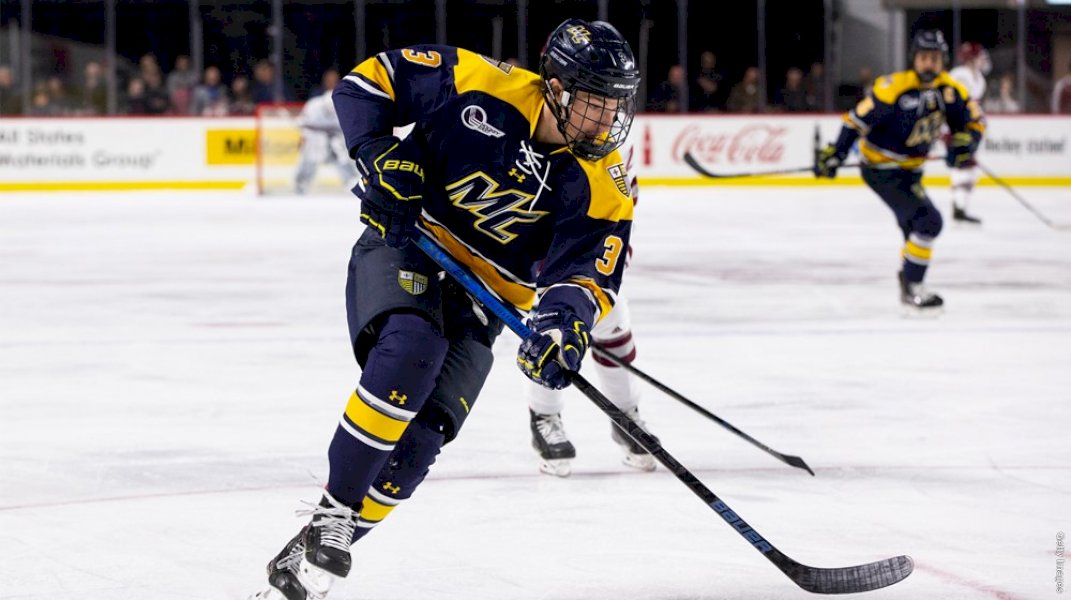 Carlile, 6-foot-2, 192 pounds, has seven goals and 24 points in 35 games during his current junior season for Merrimack, ranking fifth overall on the Warriors for scoring and first among defensemen.

The left-shooting defenseman has recorded 13 goals and 56 points in three seasons at Merrimack. Carlile was a Hobey Baker Award nominee as a sophomore in 2020-21 and a NCAA statistical champion with 3.14 blocked shots per game, finishing the season with at least one blocked shot in every contest. As a freshman, Carlile was named to the Hockey East All-Rookie Team and was a finalist for Hockey East Rookie of the Year.

The 21-year-old Carlile is a native of Hartland, Mich. He will report to the Syracuse Crunch of the American Hockey League for the remainder of the 2021-22 AHL season on an amateur tryout.