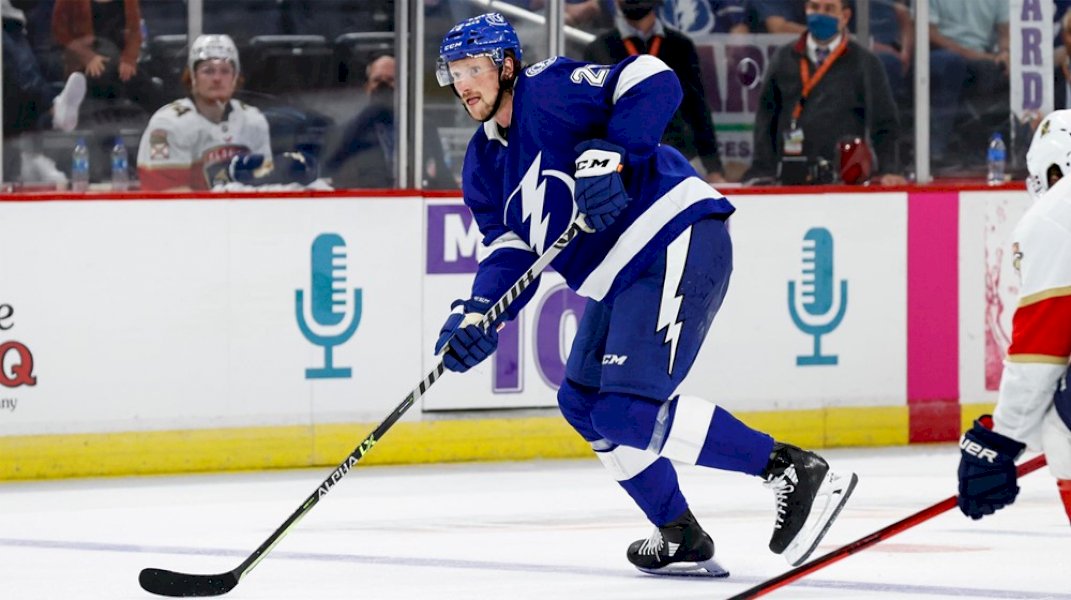 Sustr, 30, skated in three preseason games for the Bolts, posting five shots on goal. He skated in 41 games last season for Kunlun Red Star in the KHL, recording five assists and 18 penalty minutes. The 6-foot-7, 217-pound defenseman also represented the Czech Republic at the 2021 World Championships, appearing in six games and recording one assist. The Plzen, Czech Republic native has skated in 323 career NHL games with the Lightning and Anaheim Ducks over seven seasons, collecting 10 goals and 63 points to go along with 147 penalty minutes. Sustr played in 318 career games with the Bolts and registered his best season in Tampa Bay during the 2015-16 campaign, posting four goals and 17 assists.