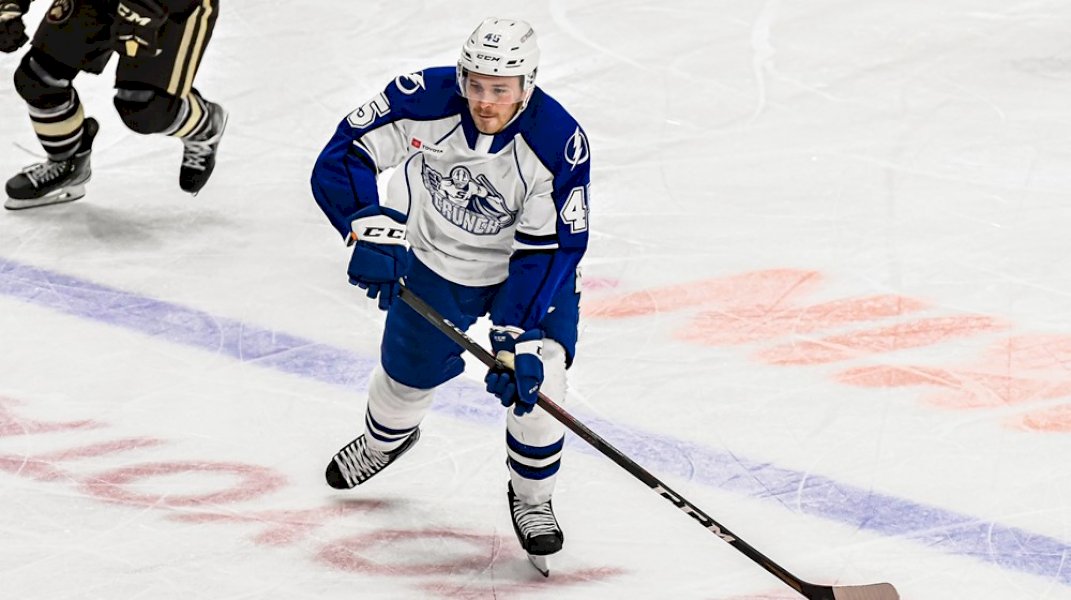 Koepke, 6-foot-1, 172 pounds, has skated in 28 games for the Crunch this season, recording nine goals and 20 points, ranking third on Syracuse for goals and scoring. Koepke has skated in 37 career AHL games, all with the Crunch over the last two seasons, posting 11 goals and 23 points. The 23-year-old Koepke was selected by the Lightning in the sixth round (183rd overall) of the 2018 NHL Draft. He is looking to make his NHL debut.

Raddysh, 25, has appeared in two games for the Lightning this season, recording two shots. He made his NHL debut December 30 at Florida and logged 14:57 time on ice. The Toronto native has skated in 24 games for Syracuse this season, tallying three assists and ranking tied for fifth among Crunch defensemen for assists. Raddysh, 6-foot, 201 pounds, has 252 games of AHL experience, notching 22 goals and 98 points over six seasons. He set AHL career highs in 2019-20 for assists (22) and points (28) while serving as an assistant captain for the Hartford Wolf Pack. The older brother of current Lightning forward Taylor Raddysh, Darren Raddysh was acquired by the Lightning via free agency on July 28, 2021.

Tufto, 25, has played in three games with the Solar Bears tallying one goal and five assists. He has skated in three games with the Crunch this season. Last season, 5-foot-7, 174-pound forward appeared in four with Syracuse. Prior to his professional career, the Chaska, Minnesota native played in 139 career games with Quinnipiac University over four seasons from 2017 to 2021, posting 39 goals and 168 points to go along with 58 penalty minutes. Tufto led the Bobcats for scoring in all four seasons.

Tufto was signed to an entry-level contract by the Lightning on March 31, 2021.