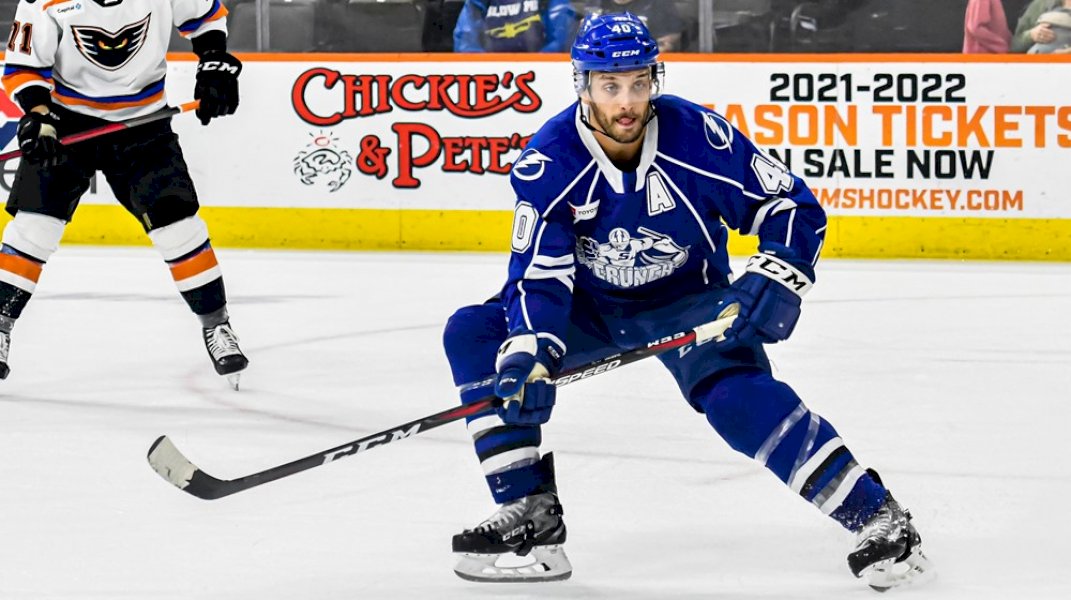 Dumont, 31, has skated in seven games for Syracuse this season, recording three goals and five points to go along with 26 penalty minutes. The 5-foot-10, 195-pound forward ranks tied for fifth in the AHL for penalty minutes. He’s also tied for second on the Crunch for goals and tied for fourth on the team for points. Dumont has appeared in 561 career AHL games over 12 seasons, racking up 140 goals and 328 points.

The Degelis, Quebec native has played in 90 career NHL games, collecting four goals and nine points to go along with 48 penalty minutes. Dumont has appeared in 46 games with the Lightning over two seasons, posting two goals and four points. He set career highs with the Lightning during the 2016-17 season for games played (39), goals (two) and points (four).

COMETS HIT THE ROAD FOR SYRACUSE