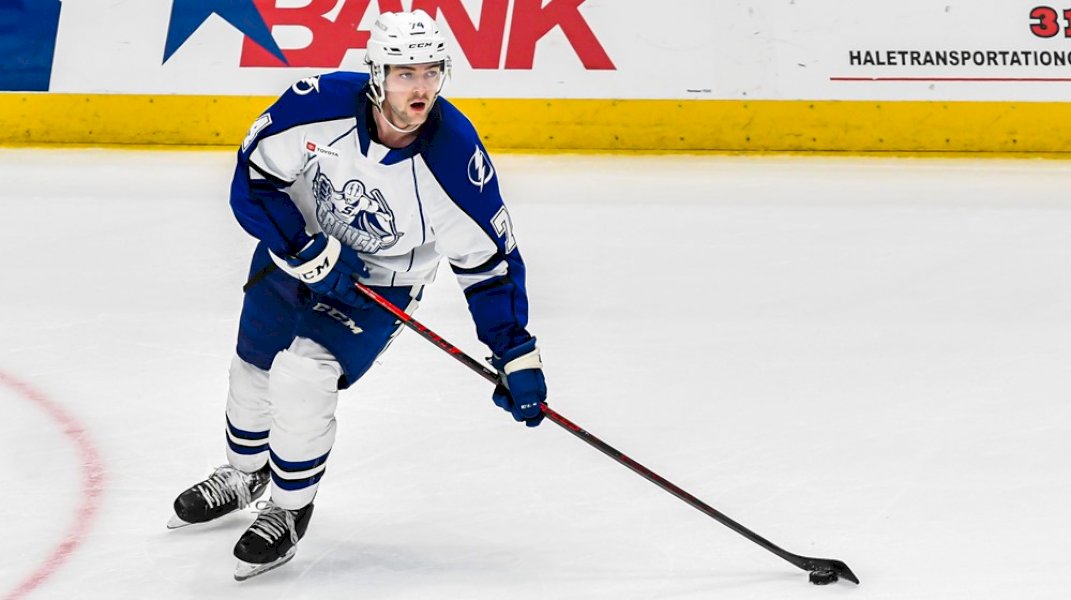 Day, 24, made his NHL debut with the Lightning December 28, 2021 versus Montreal and logged two hits in 6:42 time on ice. He made a second appearance two days later December 30 at Florida and had two hits and two blocked shots in nearly 15 minutes of ice time.

The 6-foot-3, 218-pound defenseman skated in 69 games for Tampa Bay’s American Hockey League affiliate in Syracuse during the 2021-22 season and recorded eight goals and 40 points, ranking first among Crunch defensemen for scoring and fourth among all Syracuse skaters. Day also led all Crunch defensemen for goals and assists (32). In two seasons with the Crunch, Day has posted 11 goals and 55 points in 98 career games.

A native of Leuven, Belgium, Day was a free agent signing of the Lightning on July 17, 2020. He was selected by the New York Rangers in the third round, 81st overall, at the 2016 NHL Draft.

Daws Takes Lessons of Rookie Season into the Summer