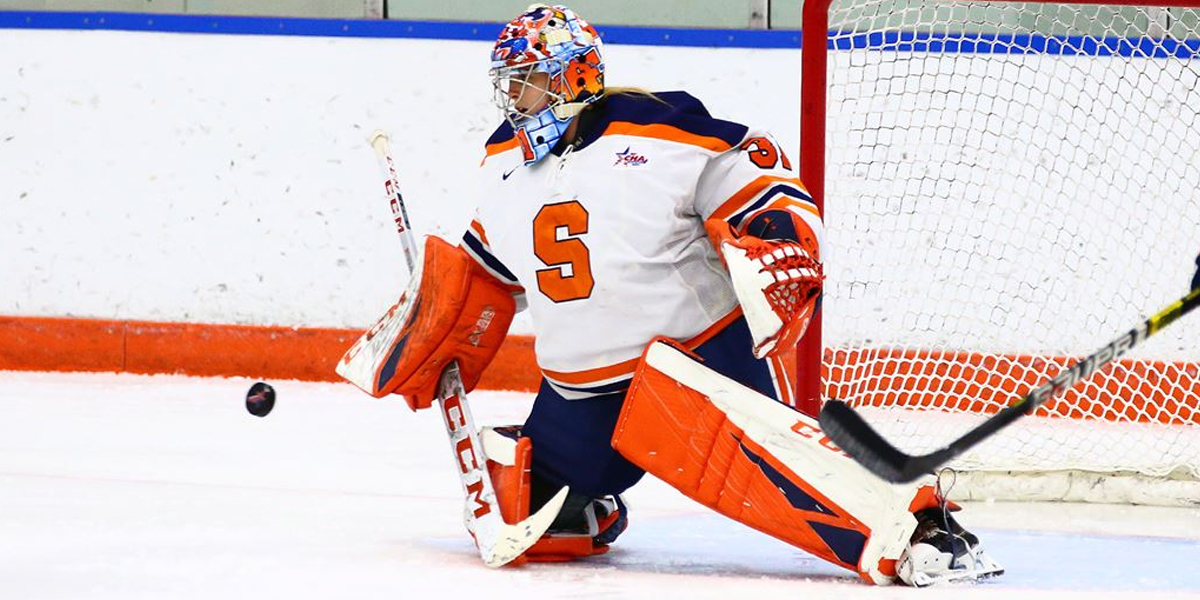 A late third period goal propelled #3 Northeastern to a 2-1 victory Friday night at Tennity. The teams played to a 0-0 tie through the first two periods before the Orange finally lit the lamp. Junior Assistant Captain Kristen Siermachesky scored the first of her career to give Syrcause a 1-0 lead at 7:38 of the third.

The Huskies responded quickly and tied things up just under two minutes later while on the power-play. The game-winner was scored with only 23 ticks remaining on the clock. Syracuse spent a good chunk of the game killing off their 8 penalties, including a major for kneeing assessed to Brynn Koocher. With Emma Polaski already in the box serving a minor penalty, Koocher’s major put the Orange on a six and a half minute penalty kill.

Syracuse wrapped up Alumni Weekend with a loss to #3 ranked Northeastern It was their fifth game in a row against a ranked opponent. The Orange took an early 1-0 lead thanks to an unassisted Kelli Rowswell goal 3:33 into the opening period. Northeastern scored to tie the game less than two minutes later, then took a one goal lead three minutes later. A wild first period continued when Lindsay Eastwood recorded her 50th career point on her tying goal at the 11:31 mark. The Huskies potted their second power-play goal of the afternoon giving the Huskies a 3-2 lead.

Lauren Bellefontaine scored a power-play goal 50 seconds into the second to tie the game once again. Two more power-play goals in addition to an even strength goal gave Northeastern the 6-3 win. Small was in net once again and made 26 saves in the loss.

Syracuse and Colgate play their annual home-and-home series this weekend.