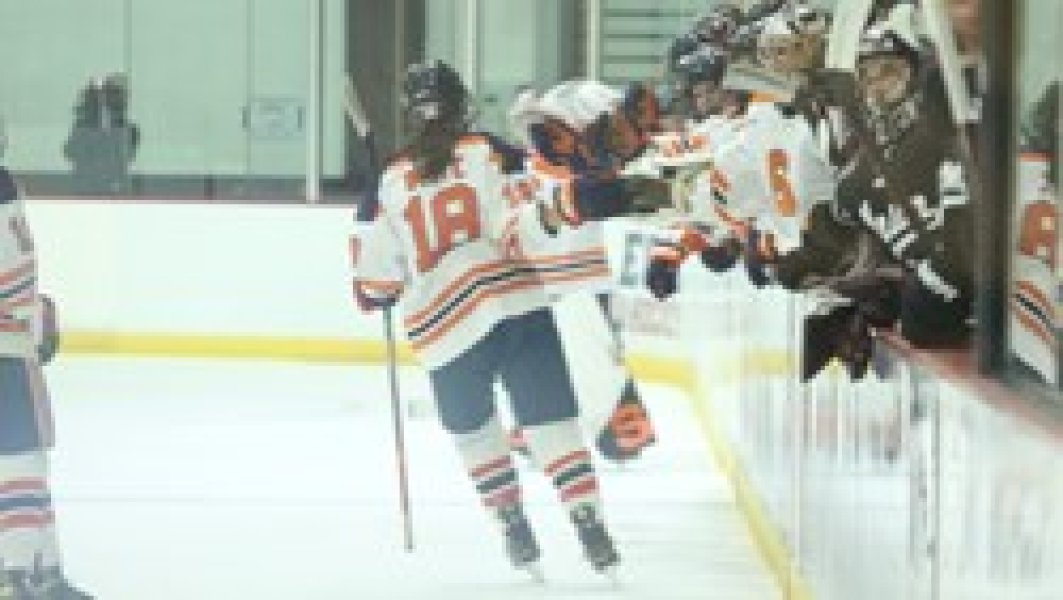 The Syracuse University Women’s Hockey Team (1-2 overall, 0-0 in the CHA) will play their first game on home ice at the Tennity Ice Pavillion on Thursday at 6:00 pm EDT when they take on the St Lawrence Saints (1-3 overall, 0-0 in the ECAC). On Saturday at 3:00 pm EDT, the teams will square off again – this time in St. Lawrence’s home rink at the Appleton Arena.

Syracuse is coached by Britni Smith, who is in her first season behind the bench for the Orange. She is a graduate of St. Lawrence University, and this is the first time she will face her alma mater as a head coach. The captain of the team is Lauren Bellefontaine, and the alternate captains are Tatum White, Mae Batherson, Rayla Clemons, and Anna Leschyshyn.

Bellefontaine and Batherson lead the team in points with two each. Bellefontaine, Leschyshyn, and White are the Orange goal scorers thus far this season, while Batherson leads the way in assists with two. White’s twelve shots are the most taken on the team through three games and also leads in faceoff wins with thirty-four.

Goaltender Arielle DeSmet has played all three games in net for the Orange and has a record of 1-2-0 with a GAA of 1.99 and 0.912 save percentage.

Thursday’s game is to be streamed on https://cuse.com, and Saturday’s game will be televised on ESPN+.