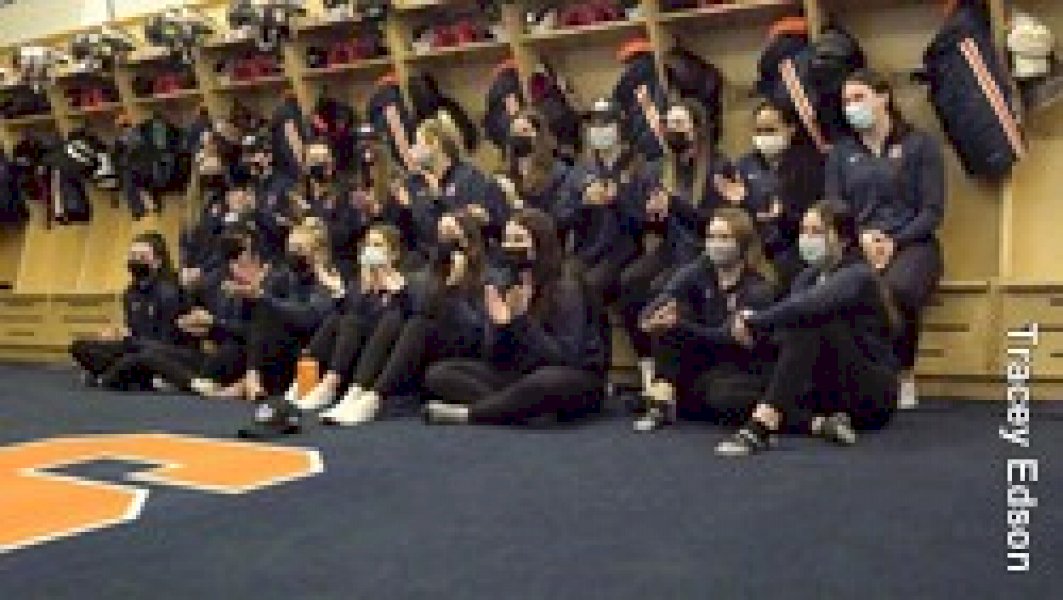 Syracuse will play Quinnipiac in the 2022 NCAA Tournament on Thursday, March 10 at 6 pm in Columbus, Ohio. The winner will advance to play top-seed Ohio State on Saturday, March 12 at 5 pm. The games will be streamed on ESPN+. Tickets are available online via Ticketmaster.

Syracuse has played Quinnipiac (25-9-3 overall, 15-7 ECAC) eight times and has won three of the contests. The Orange won the most recent meeting, a 4-0 win at Tennity Ice Pavilion in the 2011-12 season.

Syracuse won the College Hockey America Championship with a 3-2 overtime victory against Mercyhurst on February 26th in front of a sellout crowd Tennity Ice Pavilion. Sophomore Sarah Thompson scored the game-winner after gathering a rebound from a shot by Jessica DiGirolamo and burying it into the back of the net at the 7:32 mark in the extra session.

Moloughney scored four goals in the tournament, including a hat trick in the semifinal game. The Ottawa, Ontario native is one of four Orange in the Syracuse 100 Point Club (105). Her 46 goals rank second on the Syracuse career record list.

DiGirolamo had three assists, nine blocks and 14 shots on goal in the two victories. It is the third time DiGirolamo has earned CHA All-Tournament Team honors. The Mississauga, Ontario native has 62 career assists, which is second in Syracuse history, and 95 points, which ranks sixth on the Orange all-time list.

DeSmet recorded 39 saves in two days, including six in overtime against Mercyhurst in the championship game. The Charlotte, Vt. native has 749 saves in 26 games which ranks third on the Syracuse single-season record list.

Women’s hockey edged by No. 1 Middlebury in NESCAC semifinals