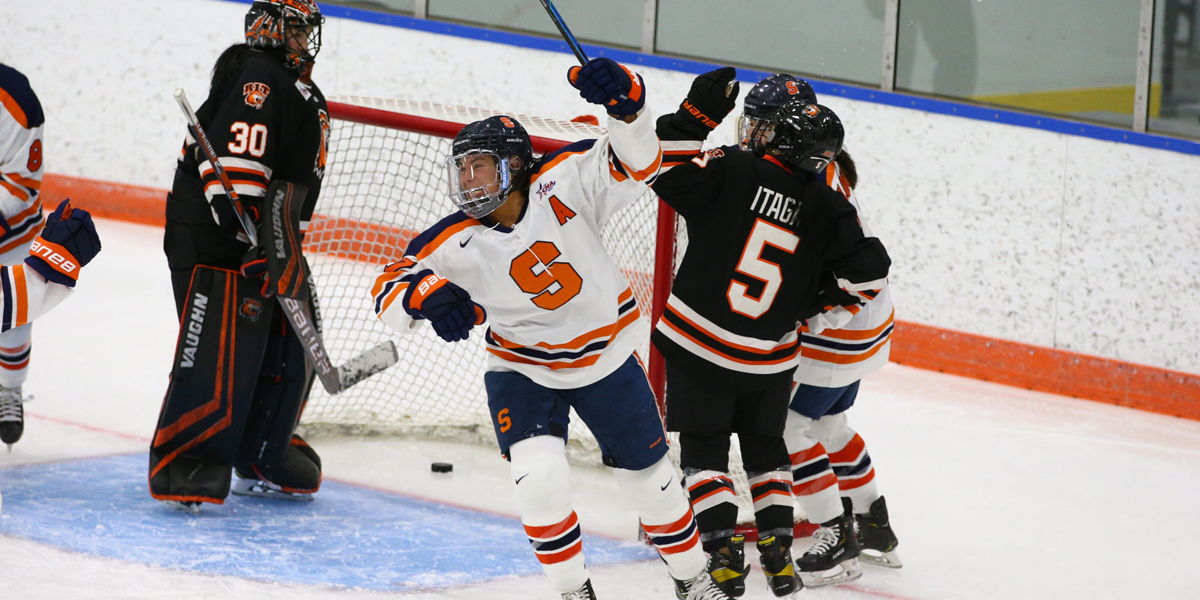 The Syracuse Orange opened conference play with a convincing 7-1 win over the visiting RIT Tigers. Syracuse scored four first period goals and never looked back en route to their first win of the season.

Emma Polaski scored a power-play goal 2:22 into the game to open the scoring. Jessica Digirolamo and Abby Moloughney picked up assists. Polaski and Moloughney teamed up again picking up helpers on a Lauren Bellefontaine goal 4 minute later. Victoria Klimek and Moloughney added two more goals a minute apart to give the Orange a 4-0 lead after the first 20 minutes.

Polaski scored another power-play goal 4:29 into the second period increasing the lead to 5-0. RIT got on the board at the 13:21 mark with a goal from freshman Carrissa Hlywa, an Auburn native. It was her first collegiate goal.

Three Syracuse freshmen connected to score the sixth goal of the night for the Orange. Sarah Thompson scored her first collegiate goal with help from Tatum White and Rayla Clemons. Just over a minute later Marielle McHale scored a power-play goal for the seventh Orange goal of the evening. Allison Small made 15 saves in the win.

Syracuse and RIT will play again tomorrow (Sunday) at 3:00pm. The game can be watched at cuse.com.