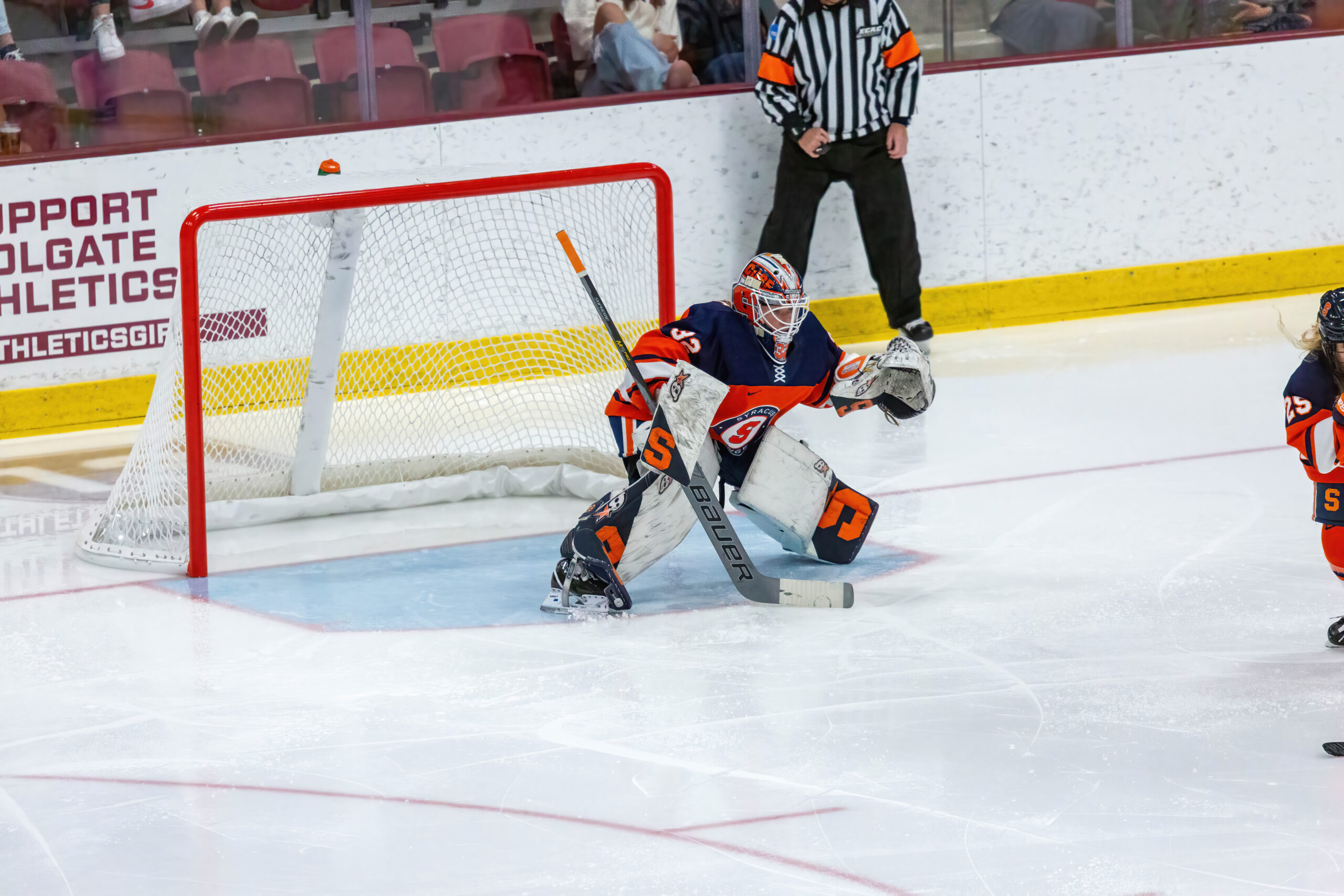 The Syracuse Orange (1-6-0 overall, 0-0-0 CHA) are not off to the start they envisioned at the start of the season. After winning the College Hockey America title in 2021-22, first-year coach Britni Smith’s team is still trying to find its groove. Sometimes in sports, getting “out of your element” is what’s needed to give a boost, and the Orange will get that opportunity this weekend when they take part in the WCHA (Women’s College Hockey Association) Icebreaker Tournament to be held at the Olympic Center in Lake Placid, NY.

The Icebreaker Tournament will consist of four teams: the Orange, the eleventh-ranked Clarkson Golden Knights (6-1-1 overall, 0-0-0 ECAC), the St. Lawrence Saints (3-3-0 overall, 0-0-0 ECAC), and the Holy Cross Crusaders (2-4-0 overall, 1-3-0 Hockey East). On Friday night, the Orange will be looking for revenge, as they take on the Clarkson Golden Knights. The Golden Knights swept both games of a home in-home series against the Orange by scores of 5-2 and 3-2 respectively. The puck drops on Friday night at 7 pm EDT, a win for the Orange against Clarkson in Lake Placid would be a huge boost for the team and get them on track toward turning their season around.

Regardless of Friday’s outcome, the Orange will be playing again on Saturday in Lake Placid. Syracuse will play either Holy Cross or St. Lawrence in the third place or championship game, with their game starting at either 2 pm or 5 pm. St. Lawrence was the opponent of the Orange the weekend before they played Clarkson, and with the Saints taking both of those games Syracuse might find themselves in another payback game.

The 2022-23 stats for the Syracuse Orange through seven games this season are as follows.

Colgate Men’s Hockey to Play at Merrimack This Weekend