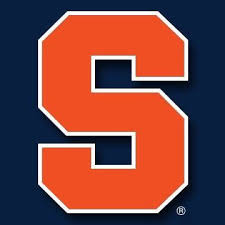 The Syracuse Orange Women’s Hockey Team hosts the tenth-ranked Cornell Big Red on Tuesday night for the only game on the Central New York college hockey docket. It’s a non-conference game for both teams, as Syracuse plays in College Hockey America (CHA) while Cornell is a member of the ECAC.

Syracuse enters the game looking to snap out of a five-game losing streak. To their credit, the Orange are in the midst of a very tough stretch in their schedule, as those five games have all been against teams ranked in the USCHO top fifteen. Tuesday night’s game is the sixth straight game against a ranked opponent for the Orange, as the Big Red is ranked tenth.

Cornell split a pair of games last weekend at home. On Friday night, they defeated Princeton 4-1 on the strength of three points by Gillis Frechette (one goal and two assists). The following afternoon, they suffered a loss at the hands of the fourth-ranked Quinnipiac Bobcats by a score of 6-1. Tuesday night’s game against the Orange will be the Big Red’s third game in the past five nights.

With both teams attempting to rebound from losses in their last game, let’s take a look at how both teams match up against each other.

Tuesday night’s game is scheduled to begin at 6 pm EST and can be viewed at https://cuse.com.