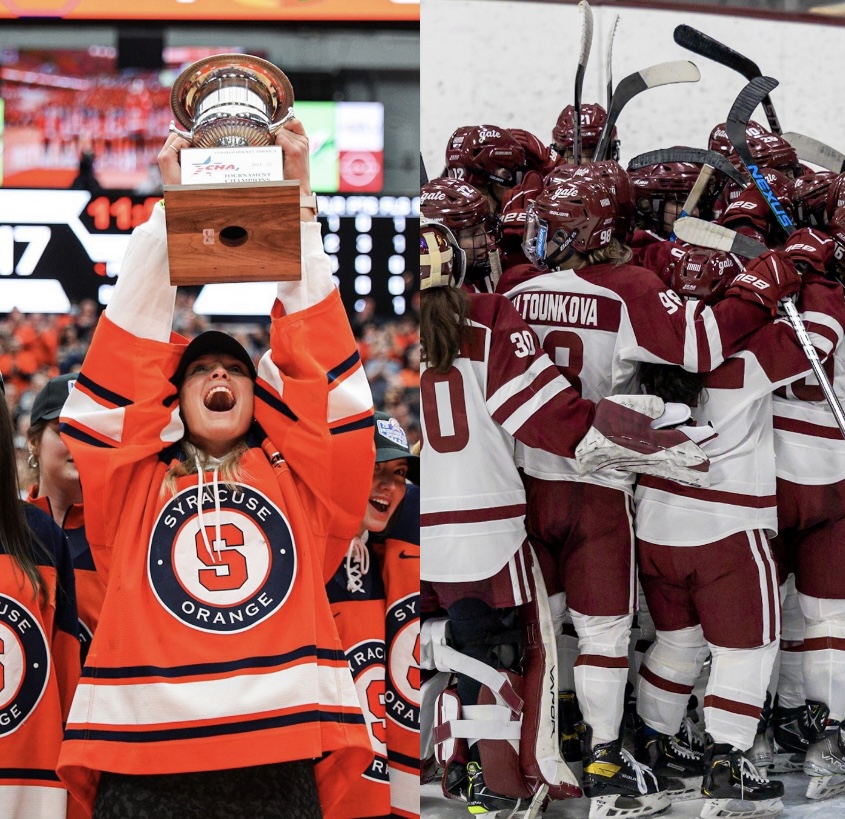 The 2022-23 hockey season in Central New York is here, and it all begins this weekend with the Syracuse Orange and Colgate Raiders Women’s teams hitting the ice in exhibition action. First up, the Syracuse Orange travel to Schenectady, NY this Saturday to take on the Union College Dutchwomen at Messa Rink at the Achillies Center. The game is scheduled to begin at 3:00 pm EDT.

The Orange is an NCAA Division I program that plays in the College Hockey America (CHA) conference. They are coming off of a successful 2021-22 season where they posted an overall record of 15-11-6 with a CHA mark of 11-4-1 and won the post-season conference tournament. Britni Smith makes her debut this season as the coach of the Syracuse Orange, and their regular season begins on Saturday, September 24th against their regional neighbor the Colgate Raiders at the Class of 1965 Arena in Hamilton, NY.

Speaking of Colgate, they open their season this weekend as well with an exhibition game on Sunday at home against the St. Lawrence University Saints (puck drops at 2:00 pm). The Raiders have established themselves as one of the top NCAA Division I women’s hockey programs in the country. They play in the ECAC conference, where they have won two straight conference titles. The Raider’s overall record in 2021-22 was 30-8-1, while their ECAC record was 16-5-1.

Head coach Greg Fargo’s team enters this season ranked sixth in the country in the USCHO preseason poll and number one in the preseason ECAC conference poll. They too will open their regular season on Saturday, September 24th when they host the aforementioned Syracuse Orange. The game is scheduled to begin at 4:00 pm EDT and it will have a special significance for the Raiders as they will raise their ECAC championship banner in a ceremony before the game.