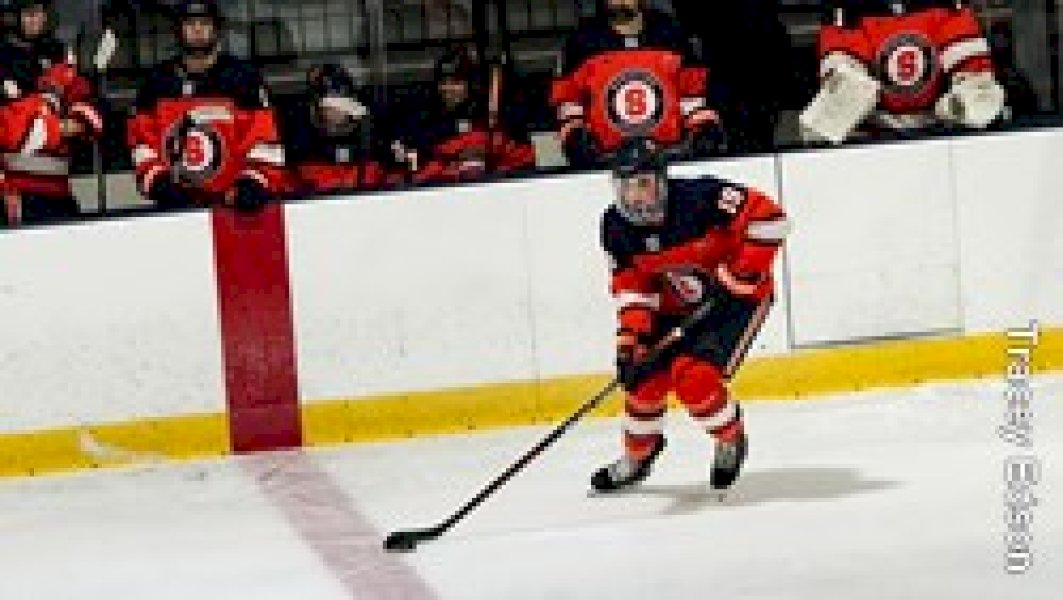 Syracuse lost the second game of the series at Merrimack, 2-0, in Lawler Rink on Saturday in North Andover, Mass. The Orange (1-2 overall) outshot Merrimack, 40-16, but the Warriors (1-1) capitalized on their chances. Merrimack took a 1-0 advantage with eight seconds remaining in the second period when Katie Kaufman got to a loose puck that had rebounded off of a save by Orange goalie Arielle DeSmet in front of the Orange net and put it in the back of the net. The Warrior Celine Tedenby made it 2-0 scoring an empty net goal with 1:25 remaining in the game.

“Overall there are a lot of positives to take away from the game today,” Smith said. “We talked about the need to be consistent for 60 minutes and I think we had just about a complete game when it came to that. We continue to stress the importance of focusing on the process and getting better each period, and each game. I think today was a step in the right direction, despite the outcome.

“With our home opener being this Thursday, we have a quick week of practice to clean up a few things within our game. We are excited to get back to work on Monday.”

The Orange will play their first home game of the season on Thursday, October 6 when they host St. Lawrence at 6 p.m. in Tennity Ice Pavilion. The game will be the first for Syracuse head coach Britni Smith against her alma mater.

The Orange leader graduated from SLU in 2010. The game will be streamed on www.Cuse.com.  Syracuse will play the second game of the series at St. Lawrence on Saturday, October 8 (3 pm, ESPN+).