Syracuse Has Successful Weekend on the Road

Home — NCAA DI — Syracuse Has Successful Weekend on the Road 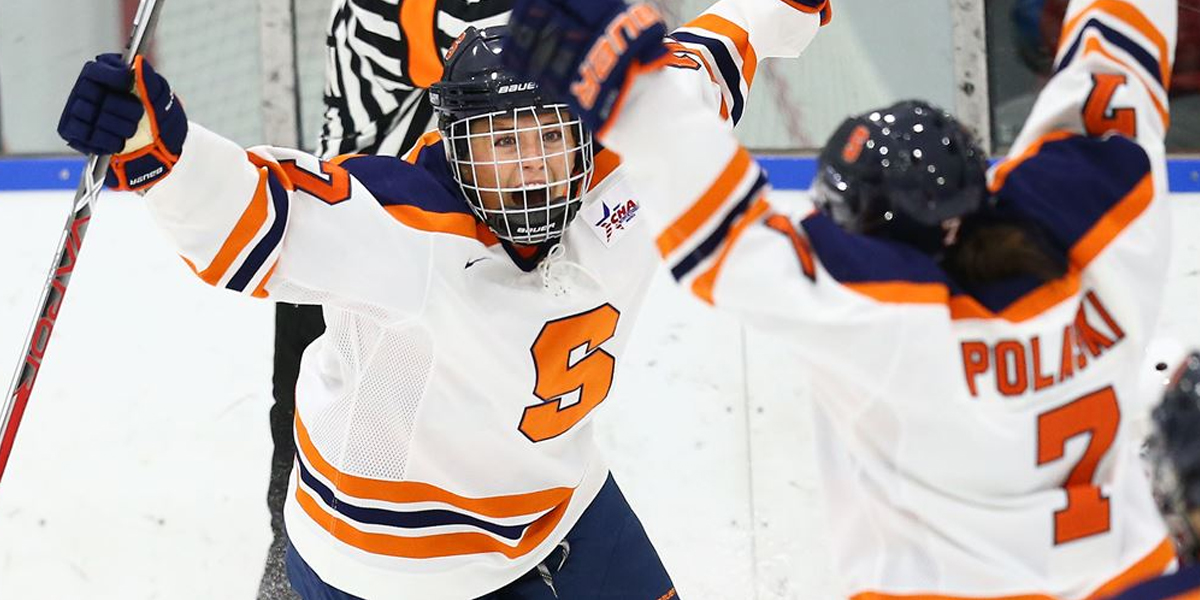 Syracuse played to a 1-1 tie against Penn State on Saturday. Reigning CHA Player of the Week Victoria Klimek scored the lone Orange goal. After being bogged down in their defensive zone, Shelby Calof sent a pass to a streaking Klimek in the neutral zone. She skated in on a breakaway and buried her third goal of the season only 4:56 into the game.

A hooking penalty on Savannah Rennie sent Penn State to the power-play where they scored tying the game at one. The deflection beat Junior goalie Allison Small who would finish the game with 24 saves. Despite each team having power-play opportunities in overtime the game would end in a 1-1 tie.

A pair of late third period goals helped the Orange avoid a second night of overtime in State College, Pennsylvania. Rennie opened the scoring less than five minutes into the game beating the Nittany Lions goaltender on the blocker side. The goal was the 50th career point for the senior forward Rennie.

There was no scoring in the second period despite Penn State firing 20 shots on net over the 40 minute span. The Nittany Lions would finally break through tying the game at 15:39 of the third period.

The tie wouldn’t last long as Jessica Digirolamo scored a power-play goal just two and a half minutes later. Assisting on the Digirolamo point shot were Klimek and Abby Moloughney. Moloughney then ended an empty netter putting Syracuse up 3-1 at the 19:33 mark.

Ady Cohen started the game, but left in the first period after making 6 saves. Allison Small replaced her and finished the game with 21 saves.

Syracuse returns to Tennity Ice Pavilion Tuesday to host Cornell at 7pm in the final game of the month.

Colgate Takes 3 of 4 Points In Pair of ECAC Games