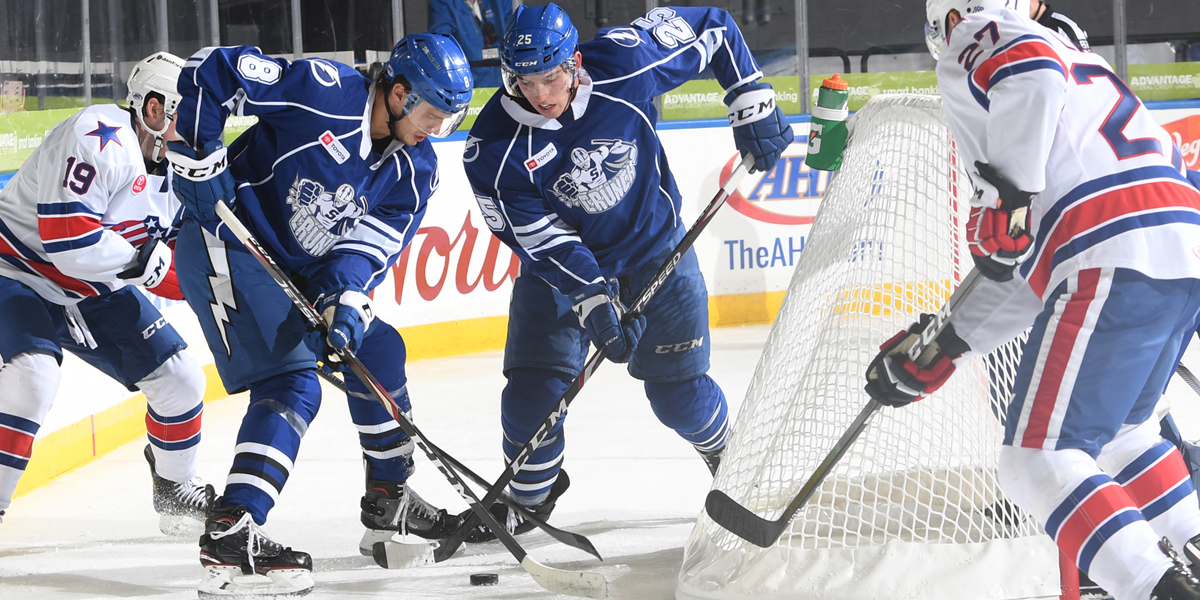 The Crunch opened their season on the road in Rochester Friday night where they fell to the Amerks in overtime. Neither team scored in the first period despite firing a combined 21 shots on goal. The Amerks broke the ice only 38 seconds into the second to take a 1-0 lead. Cory Conacher tied the game up when he ripped one from the right face-off circle that found the back of the net. His power-play goal was assisted by Dominik Masin and Chris Mueller.

Another early period goal put the Amerks ahead 2-1, this one at 1:04 of the third. The Crunch responded once again while on the power-play to tie the game at two all. Louis Domingue set up the puck for Danick Martel who took the puck coast-to-coast and somehow the puck ended up in the back of the net. Martel was below the goal line when he sent the puck on net.

It was off to overtime where the Amerks outshot the Crunch 5-1. The shot advantage paid off and Tage Thompson scored his second of the game giving the Amerks the victory with only 43 seconds remaining in the period.

Syracuse is back on the road this weekend. They will be travelling to the Rocket Mortgage Fieldhouse to take on the Cleveland Monsters at 7:00pm both Saturday October 12th and Sunday October 13th.