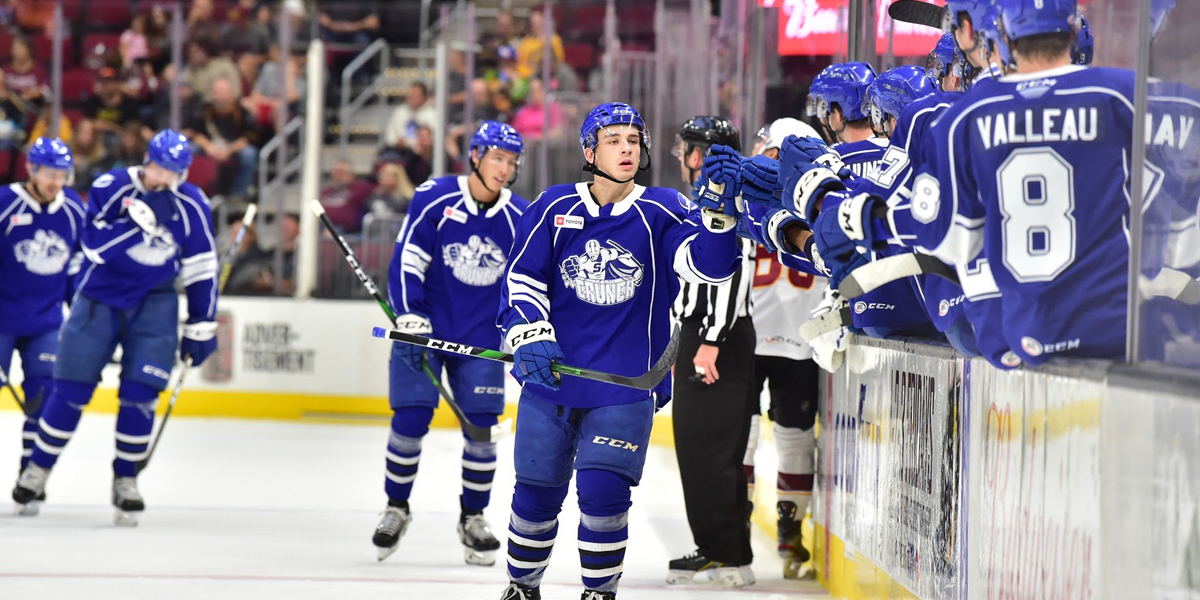 The Syracuse Crunch earned their first win of the season Friday night in Cleveland downing the Monsters 2-1. Alex Barre-Boulet scored his first goal of the season at 9:16 of the first, a deflection off a Luke Schenn shot.

The Crunch doubled their lead to 2-0 while on the power play just 1:24 into the second period. Cal Foote fed Ross Colton in the slot who slid the puck over to a wide open Peter Abbandonato. Abbandonato fired home the one-timer for his first professional goal. The Monsters capitalized on a turnover 12:59 into the period to make it a one goal game.

Syracuse held on in the third to earn the 2-1 victory. Scott Wedgewood made 31 saves for the Crunch.

The Crunch completed their sweep of the Monsters Saturday night in Cleveland by a score of 6-3. Twelve Crunch players recorded a point in the win and Louis Dominigue earned his first victory of the season with 30 saves.

Nolan Valleau opened the scoring 4:26 into the game to give Syracuse a 1-0 lead. The Monsters scored the next two goals to take a 2-1 lead midway through the opening frame. Syracuse tied the score at 2 after Gemel Smith picked up a rebound off a Cal Foote shot, circled around the net, and centered the puck to Dennis Yan who fired it home.

If at first you don’t succeed try, try again.#SYRvsCLE pic.twitter.com/CVtFPCzr4V

Three minutes later they regained their one-goal lead after Danick Martel banked a shot off the back of the Monsters goalie from behind the goal line. The lead was double to 4-2 at 4:12 in the second thanks to a Abbandonato power-play goal.

Cleveland got back to within one goal at the 9:27 mark before Barre-Boulet added one more goal to end the period with the visitors ahead 5-3. Otto Somppi added one more in the third.

The Crunch are back in action when they travel to Utica on Wednesday for the Comets home opener.

Reid Boucher Scores Twice As Comets Down Penguins in OT