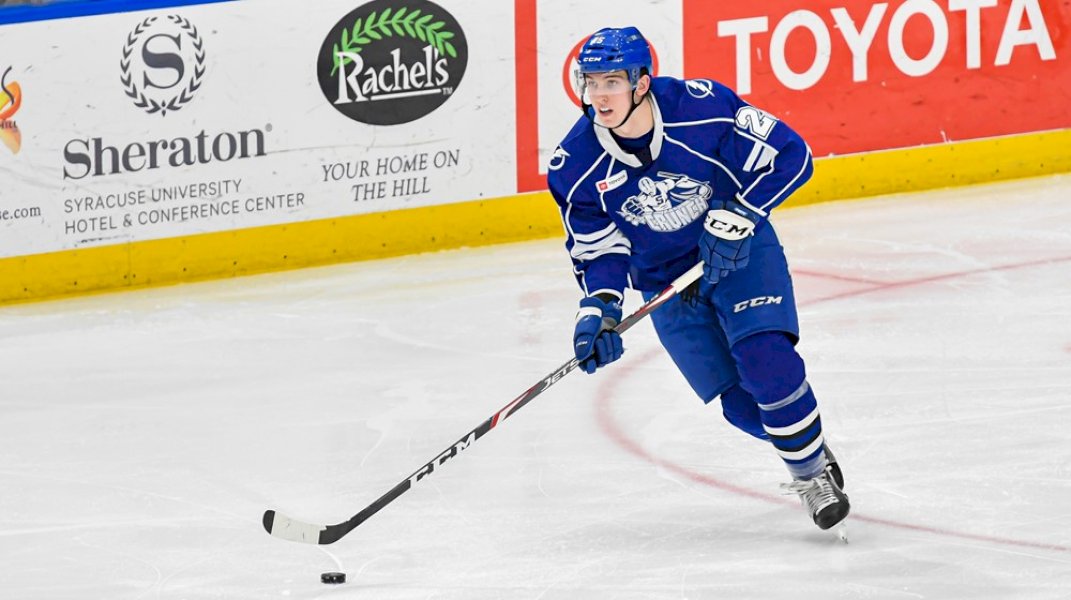 Foote, 22, has missed the Lightning’s first four games of the 2021-22 regular season after having finger surgery to repair a tendon during the offseason. The 6-foot-4, 227-pound defenseman played in 35 games last season for the Lightning, posting a goal and three points to go along with a plus-9 rating and 29 penalty minutes. He has also appeared in 150 career AHL games, all with Syracuse over four seasons, collecting 18 goals and 64 points.

The Denver, Colorado native was drafted by the Bolts in the first round, 14th overall, at the 2017 NHL Draft.

Bird, 25, skated in 65 games with the Orlando Solar Bears of the ECHL last season recording 15 goals and 14 assists. He played in five games with the Crunch during the 2019-20 season posted two assists. The 6-foot-2, 205-pound forward has appeared in 144 career ECHL contests with the Solar Bears, Greenville Swamp Rabbits, Reading Royals and Wheeling Nailers since 2018 tallying 52 total points (23g, 29a).

Bird was selected by the Columbus Blue Jackets in the fifth round, 137th overall, at the 2014 NHL Draft.

Dureau, 20, appeared in two contests with the Crunch last season earning one assist. He also played in 24 games with the Portland Winterhawks of the WHL earning 31 points (10g, 21a) and six with the Melville Millionaires of the SJHL posting 11 points (7g, 4a).

Dureau was selected by the Tampa Bay Lightning in the fifth round, 147th overall, at the 2020 NHL Draft.

FRIDAY NIGHTS ARE BACK AS COMETS HOST PROVIDENCE